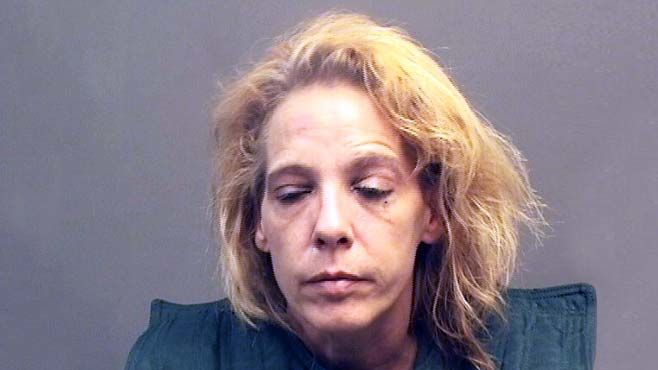 BOARDMAN, Ohio -- (WKBN) -- Boardman police say a woman suspected of prostitution tried to jump out of a window during her arrest as part of an undercover sting.

Tuesday night, a confidential informant met 43-year-old Tara “Tammy” Meta at the Red Roof Inn after arranging a meeting with her, according to a police report. Police said the informant recorded a phone call with Meta in which they discussed sexual activity for money.

Meta told the informant to meet her at the hotel and requested that the informant bring her a Diet Pepsi, according to a police report.

When officers arrived at the hotel after the informant paid Meta, they said she admitted there was a crack pipe in her purse. While searching the room, Meta managed to slip the handcuffs and tried to jump out of the second story window, according to a police report.

Officers were able to pull her back into the room before she jumped. She told police that she jumped in a suicide attempt, according to the report.