ALLEGHENY COUNTY, Pa. -- (WPMT) -- The woman accused last month of setting her boyfriend on fire and dousing the flames with urine has died of an apparent heroin overdose, according to a report on TribLive.com.

Leigh Ann Sepelyak, 39, was found dead in her residence in Tarentum, the Allegheny County Medical Examiner's Office told TribLive, which reported that Tarentum police found evidence of heroin use at the scene.

An actual cause of death won't be determined pending autopsy and toxicology tests, TribLive reported.

On July 8, Sepelyak was charged with attempted homicide, aggravated assault, arson and other charges stemming from the incident with her boyfriend, Grady Spencer III, at a home in Penn Hills. After an argument, Sepelyak allegedly poured gasoline on Spencer's lower body and used a match to light him on fire before pouring a bucket containing urine on him to douse the flames. 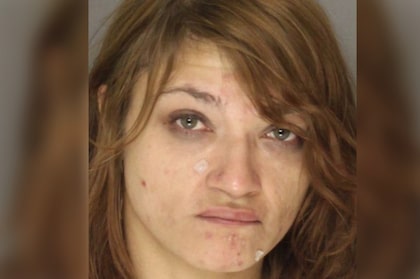