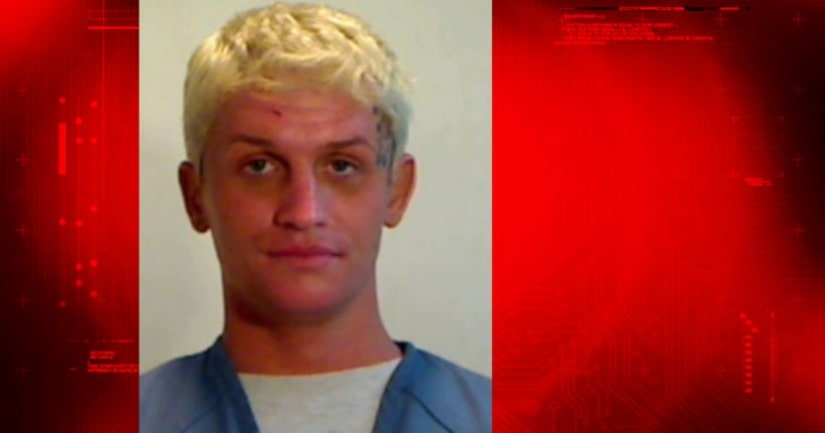 KEY WEST, Fla. -- (WKMG) -- A male stripper from Tampa was arrested Monday in Key West after he stabbed his partner in both eyes and shoved a piece of wood down his throat, police said.

According to a Key West police report, Calhoun admitted to attacking the victim so severely that he was flown to a Miami hospital to be treated for his injuries.

Calhoun told police that he and the victim had a sexual relationship and that he often stayed at the man's home in Key West. Calhoun said he and the victim got into an argument because he believed that the victim was a "cannibal," Detective Jeff Dean wrote in the police report.

The victim got angry about Calhoun's accusation and picked up a gun that was on a bed where they were laying, Calhoun told police. Calhoun said the gun fired as he fought with the victim for the gun, but no one was shot, Dean wrote.

Then Calhoun stuffed a piece of wood from a broken dresser into the victim's mouth "to silence him," he told police, the report said.

Calhoun "stomped" on the piece of wood to lodge it further into the victim's mouth, grabbed a drawer from the broken dresser and used it to hit the man, the report said. Calhoun said he locked the door to keep the victim's roommate from entering, grabbed his money and backpack and jumped out of the bedroom window while naked, the report said.