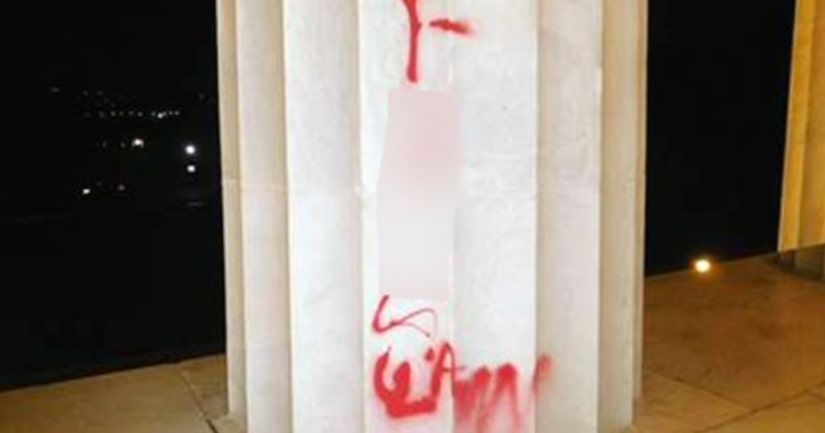 Washington -- (WDCW) -- The National Park Service is actively working to remove graffiti from the Lincoln Memorial that was discovered at approximately 4:30 a.m. on Tuesday . The graffiti, which appears to have been done with red spray paint, appears to state “[expletive] law.” An additional act of undecipherable vandalism in silver spray paint was also discovered on a Smithsonian wayfinding sign in the 1400 block of Constitution Avenue.

The National Mall and Memorial Parks monument preservation crew has already begun to remove the graffiti at the Lincoln Memorial, using a mild, gel-type architectural paint stripper that is safe for use on historic stone. Treatments will be applied as necessary until all evidence of the graffiti is gone.