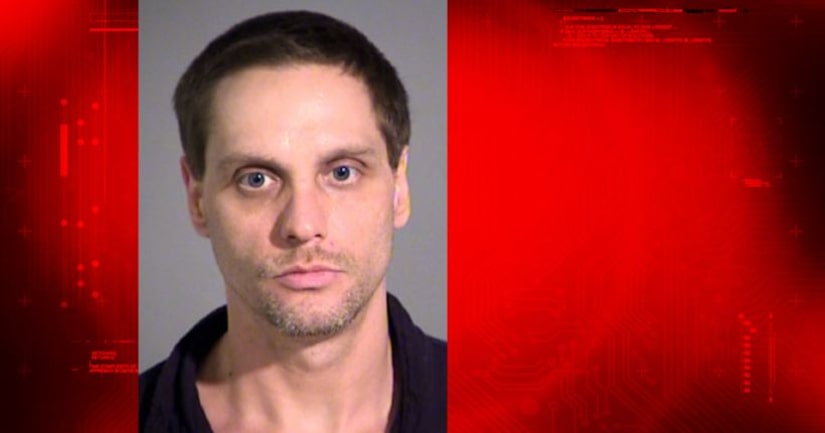 INDIANAPOLIS -- (WXIN ) -- An Indianapolis man was arrested on several charges after he “beat up” his 7-year-old son and threatened to kill him, according to court documents. Anthony Puyear, 36, is charged with battery resulting in serious bodily injury, strangulation, and intimidation.

According to court documents, Puyear's son and his niece spent the night at his house last Tuesday. The following morning, Puyear called the children's grandparents and said he was ready for them to pick up the kids. So the grandfather and grandmother drove to his home on the south side of Indy Wednesday morning.

The grandfather knocked on thedoor while the grandmother stayed inside the car. Puyear didn't answer the door after several knocks, so his 7-year-old son answered the door for him.

Puyear asked the grandfather how he got inside, and he said the boy answered the door.

Puyear became furious that his son answered the door, and he picked him up and threw him “like a ragdoll” across the living room. The boy crashed into a desk.

Puyear proceeded to “beat up” his son. The boy told police his dad punched him in the face 10 times and choked him. He bit the child on his head, face, ears, arms, hands, fingers, toes, legs, torso and back. The boy said he bit him on the ear so hard it felt “like someone drilling into his ear with a drill.” He even picked the boy up with his teeth.

The victim said his dad also burned his neck with a lighter and banged his head against the wall. The victim told police he was knocked unconscious, and he thought he was going to die.

According to court documents, the boy's grandfather was not able to stop Puyear because he has bad arthritis. Puyear's niece called for her grandma to come inside because she said her uncle was “acting crazy.”

The grandma came in and was able to push Puyear off the victim. Puyear told them when he gets out of jail, he's going to gouge his son's eyes out and kill him, along with his grandmother and grandfather.

FULL STORY: Court docs: Indianapolis boy 'thought he was going to die' after dad beat him up, burned him - WXIN