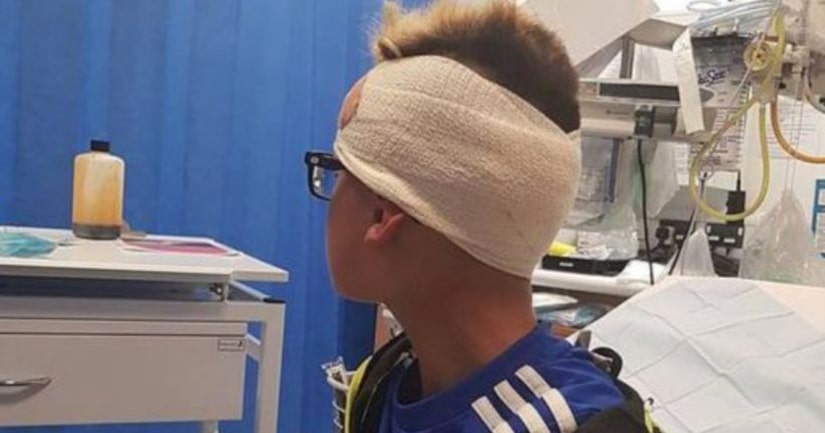 ENGLAND -- (KOLD) -- Bullies used a board with a nail driven through it to attack a 9-year-old boy. They left the nail lodged in the back of his head.

Romeo Smith was chased by two older boys near his home in Mansfield, England, on Aug. 6, his parents told the BBC.

"As Romeo was walking away, one of the lads came running up behind him and threw a bit of wood with a nail in it," said Craig Smith, Romeo's father.

The father said he saw it stick in his son's head, and the child started screaming as he ran toward him.

Romeo's family took him to the hospital, where the nail was safely removed. His mother, Natasha Smith, said Romeo has autism spectrum disorder, and she was afraid to let him out on his own now.

"And this has been happening and he hasn't even told me about it," she told the BBC. "I just feel I wouldn't be able to let him out because it could happen again and he probably wouldn't mention it."

Nottinghamshire police said to the BBC they would attempt to "mediate" between the offenders and the victim's family to avoid criminal charges.

FULL STORY: GRAPHIC: Bullies leave boy with nail in the back of his head - KOLD