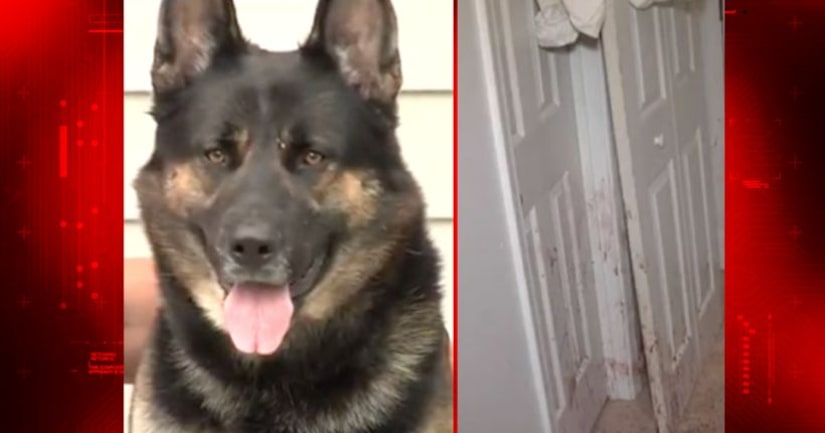 RICHMOND, Va. -- (KFOR) -- A Virginia family returned home to find their floors and walls splattered in blood after their German Shepherd apparently attacked an intruder, according to WRIC.

Tristan Murrin said he knew something was wrong when the dog greeted him at the front door.

“We noticed something when we walked in, when I walked in with my mother and there is blood spots on the ground, we looked up stairs and you see trails of blood coming from up stairs going all the way down,” Murrin told WRIC.

Murrin said Oden is not typically aggressive. However, he said he's thankful the dog stood his ground.