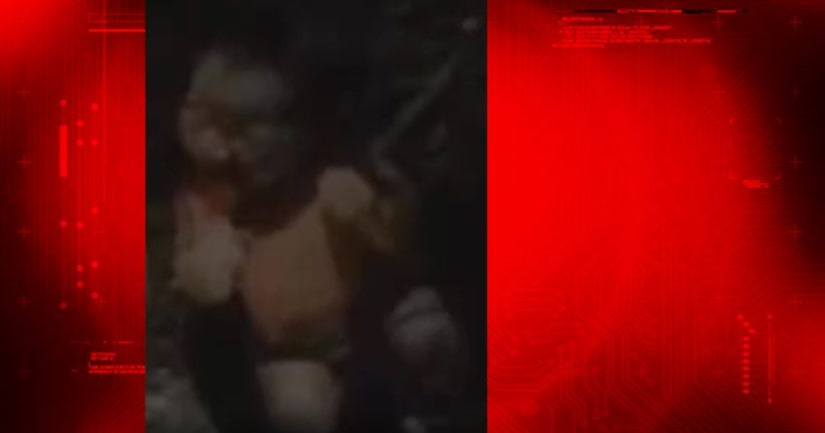 HOUSTON -- (WBRC) -- A newborn girl less than an hour old was found abandoned in some bushes at an apartment complex in North Harris County, authorities said.

Investigators said a resident at the complex who was on his way to work on Thursday heard a baby crying, looked in a flower bed and found the newborn covered in ants and other debris. He took the baby to his apartment and called 911, investigators said.

John Baldwin is the man behind the camera recording the video after his neighbor found the baby girl.

"I was like 'Hey, there's a baby outside on the sidewalk,'" Baldwin said, who recorded video of the baby on the ground after Peterson found her. "I was like, 'Call 911!'"

"I heard something like a cat," said Albert Peterson, the resident who said he discovered the newborn. "She was there on the ground in the flower bed with ants. She was covered from head to toe and all in her ears. She had a lot of strength, too. She was fighting."

The Harris County Sheriff's office said a 21-year-old woman admitted to giving birth to the baby inside a nearby apartment. Investigators said they followed a trail of blood to the apartment.

Deputies said the child was less than an hour old and her umbilical cord was still attached. The baby was taken to Texas Children's Hospital in The Woodlands for treatment. The hospital said the baby was in good condition.