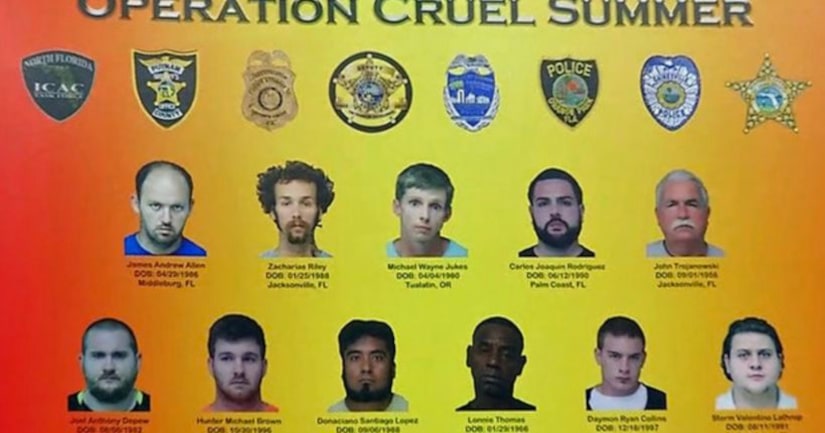 ST. AUGUSTINE, Fla. -- (WJXT) -- A five-day operation in which law enforcement personnel impersonated children in chat rooms netted 17 arrests of men who thought they were meeting a juvenile for sex, but instead went to the jail, according to the St. Johns County Sheriff's Office.

The men arrested were age 19 to 60 and traveled from as far as Virginia and South Carolina, although five were from St. Johns County, eight were from Duval County and one each from Clay, Flagler and Putnam counties.

"They didn't meet the 14-year-old they thought they were going to meet," Sheriff David Shoar said Friday as he announced the results of "Operation Cruel Summer."

Two of the men had military backgrounds. Four of those arrested are already convicted felons who could face up to life in prison if convicted again.

Shoar said one of the men is believed to be a human trafficker whose goal was to abduct a child.