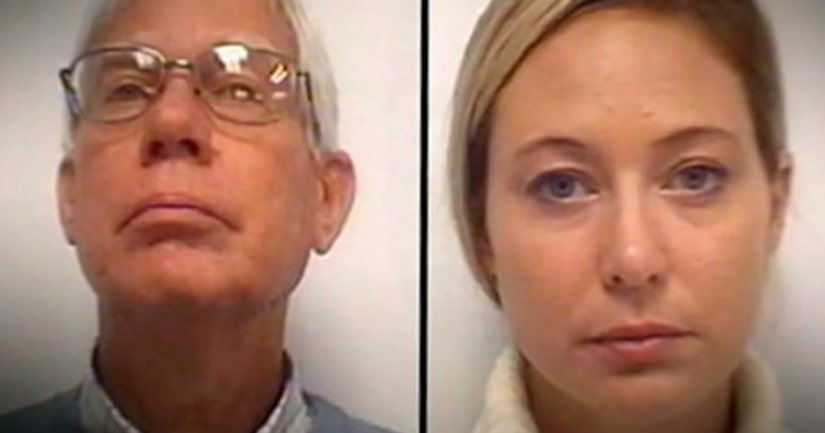 LEXINGTON, N.C. -- (WSOC) -- The wife of an Irish businessman and her father were convicted Wednesday of second-degree murder in her husband's beating death.

Media outlets reported that a North Carolina jury found Molly Corbett and her father, Thomas Martens, both guilty of second-degree murder. They were both sentenced to spend 20 to 25 years in prison.

Jason Corbett, 39, was found beaten to death in 2015 at their home in a golf course community in Davidson County.

Defense attorneys have said that the two were acting in self-defense and that they feared for their lives during a struggle with the husband.

The Winston-Salem Journal reports that Molly Corbett, 33, said: "I'm sorry, Mom," as she was being led away in handcuffs during a recess.

The family of Jason Corbett broke into tears but appeared pleased with the verdict.

Jason Corbett, a native of Ireland, met Molly Corbett in 2008 when she worked as an au pair for two children from his first marriage. His first wife had died of an asthma attack in 2006.

Authorities described a bloody scene when Jason Corbett was found in the home's master bedroom on Aug 2, 2015. Molly Corbett's parents were at the house visiting.

Defense attorneys have said Thomas Martens, 67, heard screams in the early morning, went upstairs and intervened when he saw Jason Corbett with his hands around Molly Corbett's throat.

But prosecutors say Jason Corbett's skull was crushed when he was hit 12 times by a baseball bat and a brick paver. They say that Molly Corbett's possible motives included wanting to adopt the children and collect a $600,000 life insurance policy. Prosecutors say Thomas Martens disliked his son-in-law.