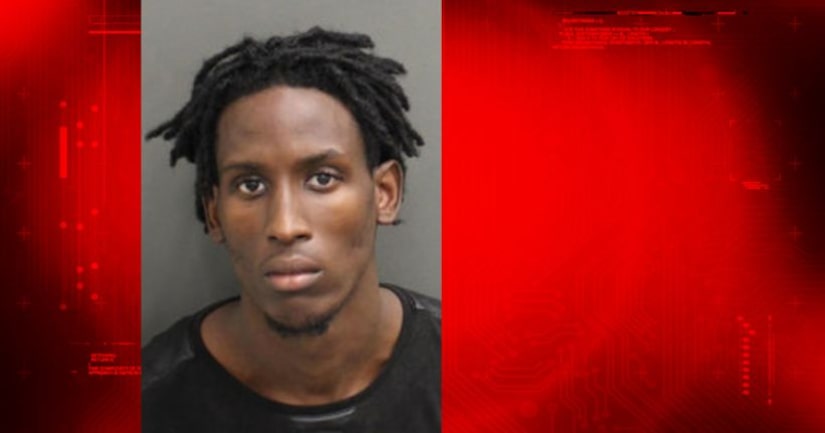 ORLANDO -- (WKMG) -- A marijuana exchange arranged on Snapchat Tuesday went horribly wrong, Orlando police said, after a man and woman were held at gunpoint and bound.

Police later determined that one of the victims had offered up a Rolex watch on Snapchat to the suspect in exchange for cannabis. The suspect, Lynnard Davis, 22, gave the victims a South Lakeland Avenue address to trade the $5,000 watch for pot, the officer wrote in the report.

When the victims arrived in a Town and Country minivan to meet with Davis for the exchange, another unidentified man approached the van with a rifle and forced the male victim back into the van, while Davis got in the driver's seat and started to drive away with the victims inside, according to the arrest report.

Davis parked the van and demanded the man and woman put their hands up. Davis and the other suspect tied the victims up with tape and covered their eyes, the victims told police.

The unidentified second armed man told the victims “If you say another word, I am going to put a bullet in your head,” according to the report.

One of the victims gave Davis $500 cash and a snakeskin wallet with $140 cash. The suspects also stole two Rolex watches, two iPhone 7s and a Glock 23 handgun. Police estimated the value of the stolen items was more than $13,000.

After the suspects wiped down the vehicle, they abandoned the van with both victims still tied up inside at Lizzie Rogers Park. After the suspects left, the victims ran to the nearest house on Lake Sunset Drive and called 911, police said.

When officers arrived they saw a man matching the description of one of the kidnappers, later identified as Davis. Officers deployed a taser to stop Davis when he tried to run away. The victim's minivan keys where found on Davis, according to the report.

The female victim was able to identify Davis as the person who tied her up because they are Snapchat friends, police said.