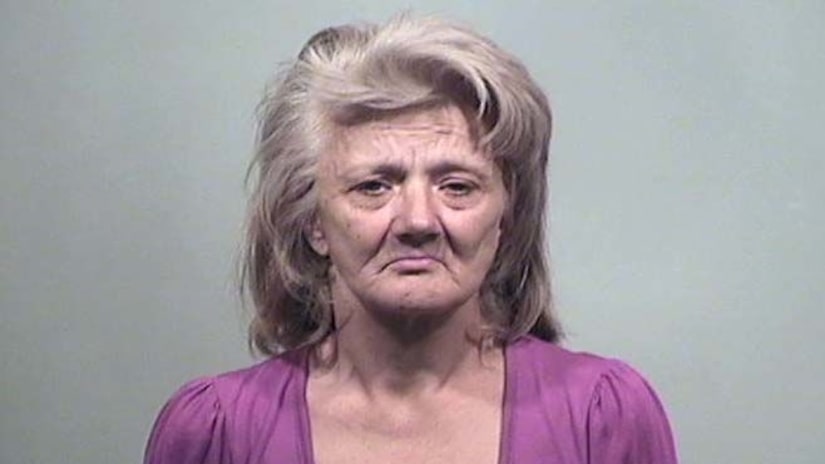 According to the police report, a woman planned on installing a privacy fence around her yard and had a stake in the ground to mark where her property ends.

Her neighbor, Linda Watson, 61, began putting six-foot green fence posts in the ground on the woman's property, past the stake, police said.

When the woman told her she needed to remove the posts, Watson became upset and yelled profanities at her.

The woman's daughter came and told Watson to “shut up and remove the posts,” the report said. Watson swung one of the fence posts at her.

The report said she missed the first time, hit her on the side of her neck the second time and on her forearm the third time, breaking the nail off two fingers.

The daughter tackled Watson to the ground, police said, and hit her one time before her mother pulled her off.