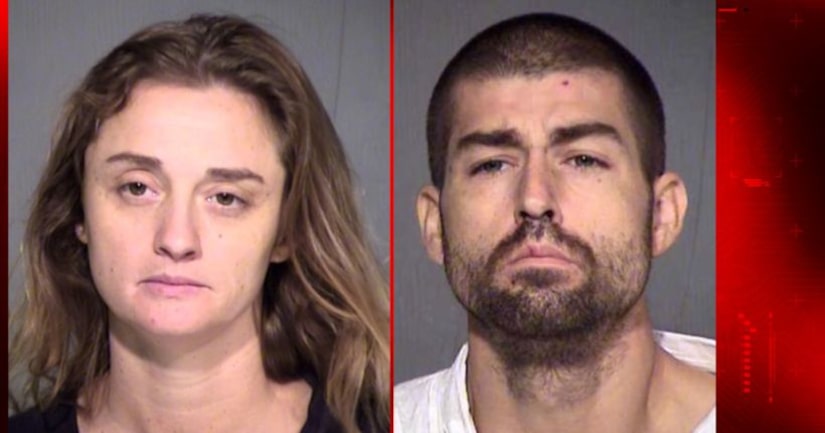 PHOENIX -- (KNXV) -- New details have emerged in the case of human remains found in a Phoenix home.

On August 2, Phoenix police were called to a house near 16th Street and Indian School Road.

The homeowner called police after he discovered a truck tool box, wrapped in plastic buried under a bedroom floorboard.

Police say there was a foul odor coming from the inside of the six-foot tool box. Officers cut through the plastic and opened the tool box where they found an unstuffed mattress with a rope tied around it.

Inside the box were several large trash bags where they found a human skull with duct tape wrapped around it.

The homeowner said he was at the house to remove his daughter 36-year-old Metika Monet Najar and her husband Levitiqus Najar from the home, which they have been renting.

He removed the floorboard after noticing the floor was uneven in one of the bedrooms.

Police located Metika who reportedly told them that a man named "Scrappy" and his girlfriend were friends and they allowed to stay in the room from time to time.

She reported that her husband Levi struck Scrappy with a bat to “get the bad spirits out of the room.”

She said that on July 29, she burned the mattress Scrappy was laying on when he was struck. She also said she burned some clothes and believed there was an "evil entity in a room in her house.”

She allegedly admitted to being a habitual methamphetamine user.