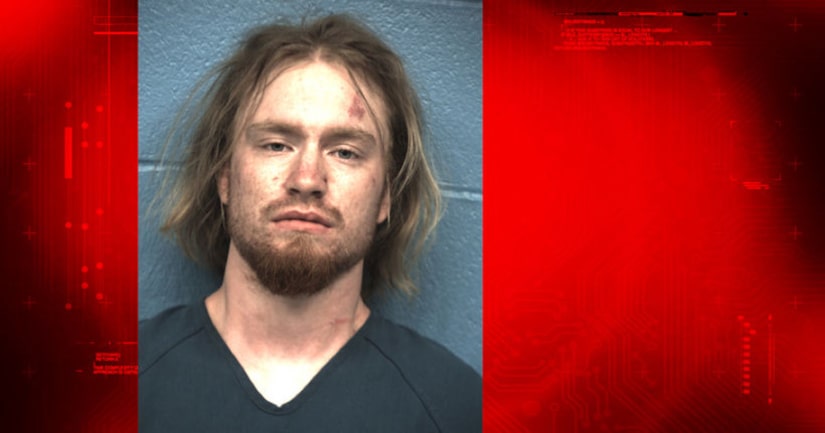 HUTTO, Texas -- (KXAN) -- A suspect wanted in the double murder of a woman and her 4-year-old daughter in Kansas was caught by police in Hutto after officers used a spike strip to stop a chase.

According to a post on the Hutto Police Department Facebook page, an alert police supervisor helped Taylor police catch the murder suspect they were pursuing.

The suspect lost control and crashed into three cars in the parking lot of Christian Brothers Automotive at 580 US 79 — just east of State Highway 130 — before 5:30 p.m. Tuesday.

“The vehicle traveled about another quarter mile on a rim [after the spike strip was deployed],” Hutto Assistant Chief Paul Hall said. “The left tire was deflated, and he lost control of his vehicle, left the roadway and struck three parked vehicles that were unoccupied.”

KXAN sister station KSNW reports the suspect, Keith Lane Hawkins, 19, is wanted for the murder of 4-year-old Zaylynn Paz and her 24-year-old mother, Alyssa Runyon. The two were found dead around 11 a.m. Tuesday inside a bedroom of their apartment on Roanoke Court in Newton, Kansas, about 20 miles north of Wichita.

The bodies were found by the woman's ex-boyfriend who became worried when she didn't answer her phone. The Associated Press reports Runyon was strangled and her daughter stabbed.

Hawkins was driving the woman's vehicle when he was found at a family member's home in Taylor.