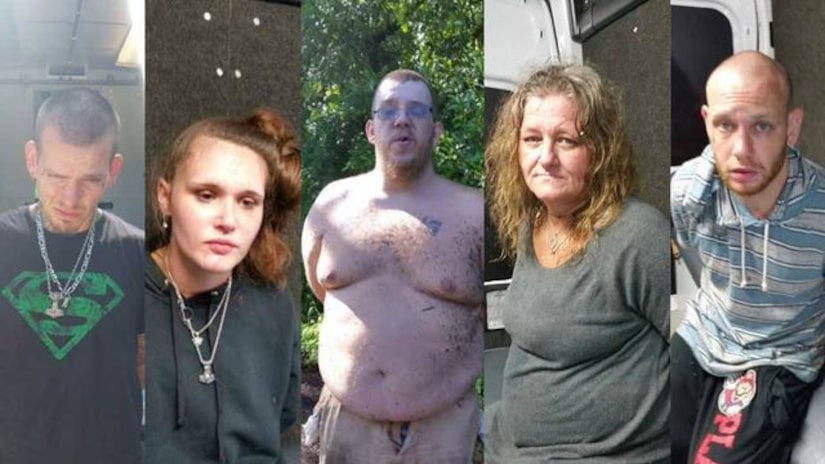 Pasco County Sheriff's deputies made the arrests on Tuesday after obtaining a search warrant for a property located in the 9200 block of Kiowa Drive in New Port Richey.

Deputies say that all five of the suspects arrested are known felons. Crumbley and Nowokunski are both documented gang members.