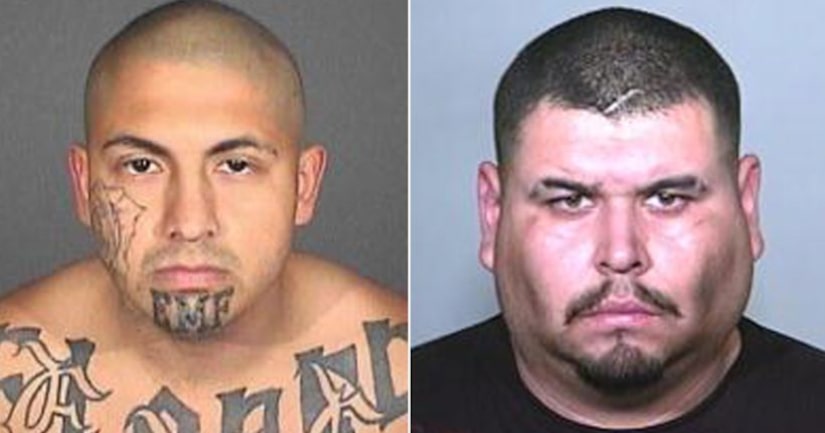 FONTANA, Calif. -- (KTLA) -- A Fontana man was fatally shot by two men whom he confronted about littering in front of his home, police said Wednesday in announcing the arrest of two suspects.

Officers found Kofu Ofakitonga in his driveway, suffering from a gunshot wound to his lower extremities. He was taken to a hospital, where he died, Fontana police said at the time. He was 24, a police spokesman said.

A vehicle that was seen driving away from Ofakitonga's home was spotted by a Fontana police officer nearly three weeks later, police said in a news release.

The two Fontana residents were driving in the area of Ofakitonga's home when the victim confronted the men about their littering, police said. That led to the shooting, police said.

Rodriguez, who police said is on post-release community supervision after a conviction for felony auto theft, is the suspected shooter. Nunez is on probation for felony robbery, according to a Fontana Police Department news release.

FULL STORY: 2 felons fatally shot Fontana man after he confronted them about littering outside his home: police - KTLA