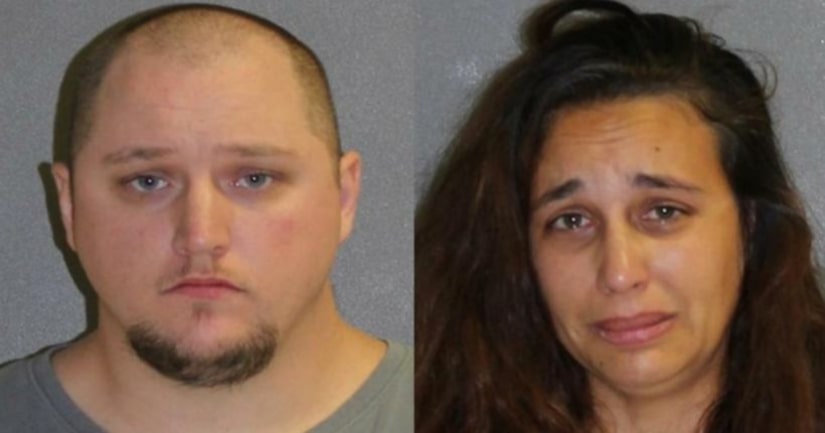 VOLUSIA COUNTY, Fla. -- (WKMG) -- A former Volusia telecommunicator and his wife were taken to jail early Tuesday morning after deputies say a 7-year-old girl told Alabama authorities that she had been sexually abused.

Volusia County deputies were contacted by Alabama authorities Monday night saying a 7-year-old girl had disclosed to them that was sexually abused in Volusia County.

Investigators said the abuse occurred on several occasions at the couple's home in DeLand and at the victim's home in Deltona.

The victim told police that Tyler Bush-Conn, 28, had sex with her multiple times and took nude pictures of her.

Additionally, authorities said that Talisha Bush-Conn, 27, had at least one sexual incident with the victim.

Investigators said the time of the alleged abuse is unconfirmed, but incidents described by the victim started in 2016.

Tyler Bush-Conn charged with sexual battery on a victim under age of 12 and lewd or lascivious molestation.He started with the sheriff's office in March 2014 and was terminated on Oct. 2016.

Talisha Bush-Conn charged with being a principal to sexual battery on a victim under the age of 12, lewd or lascivious exhibition, child abuse and child neglect. She is employed by Volusia in EVAC Emergency Medical Services.