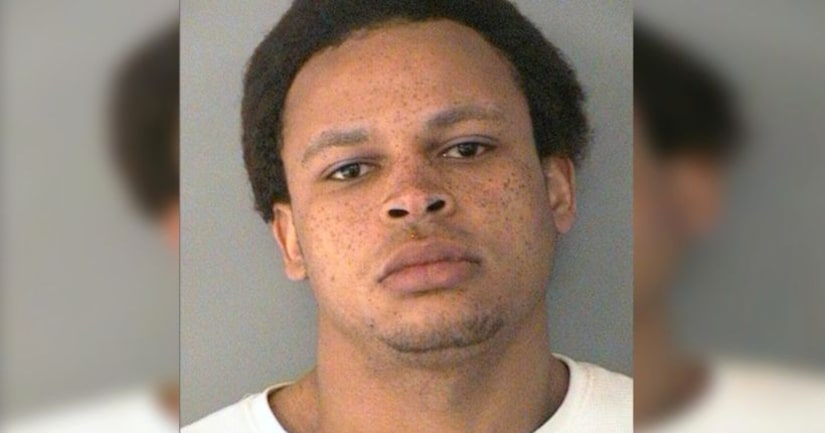 ARLINGTON, Va. —-- (WDCW) -- Police have arrested a man on charges of felony arson and felony child endangerment after a Saturday fire in a Columbia Pike apartment building spread to other apartments.

Police say the suspect, Demetrius Taylor, 27, was in an apartment in the complex when he physically assaulted a female victim who was known to the suspect. They say their investigation has led them to believe that Taylor lit a carpeted floor mat on fire around 11 a.m., filling the woman's apartment with smoke and flames, then pushed an infant in a stroller toward the fire and fled.

The victim was able to get the baby safely out of the apartment, and both were treated and released by medics on the scene. Another resident was transported to the hospital.

Around 4 p.m. the same day, Taylor returned to the area. He was taken into custody without incident, although police say he became combative when moved to an interview room at the Arlington County Police Department, and reported that he kicked through a wall, spat at officers and threatened them.

Taylor is being held on no bond. His charges, in addition to felony arson and child endangerment, are felony destruction of property, two counts of felony assault on law enforcement, and misdemeanor and battery.