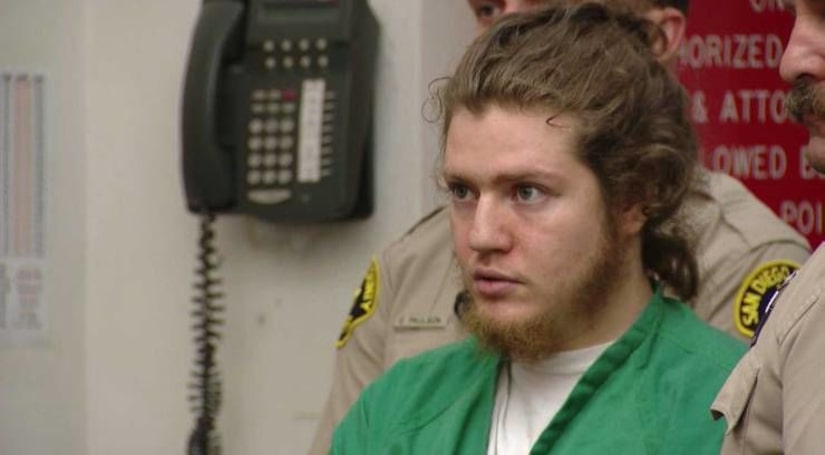 SAN DIEGO -- (KSWB) -- A man who fatally stabbed a 74-year-old woman and sexually assaulted another victim after taking them hostage during a break-in at a home in Del Cerro was sentenced Friday to life in prison without the possibility of parole.

"What he did was very evil," said Nguyen's son, Thuan Doan, who was locked out of his home during the ordeal.

Nguyen's grandson, Egbert Doan, was at school when he got a call to return to the family home that day. Doan, who's in his early 20s, told Torres that he took away someone who was supposed to watch him graduate and raise a family, and said he wonders if things would have been different had he been home that night.

Judge Michael Smyth said the plea agreement, which saved Torres from a potential death sentence, was reasonable in that it protected the community and punished Torres for his actions.

The judge ordered the defendant removed from the courtroom when Torres wouldn't stop talking and blurted out, "They (the victim's family) should have the right to kill me."

San Diego police Sgt. Eric Seiter testified during a preliminary hearing in March that he arrived at the home in the 5600 block of Mill Peak Road after midnight on June 13, 2016, and was told by other officers that a man was holed up in the residence with two women.

Seiter said he and other officers decided to break into a small bedroom where Torres was holding the women hostage. When the officers entered the room, Torres had a knife and made a motion with his hand and was immediately taken into custody, Seiter said.

FULL STORY: Man gets life in prison for killing woman, raping another during break-in - KSWB