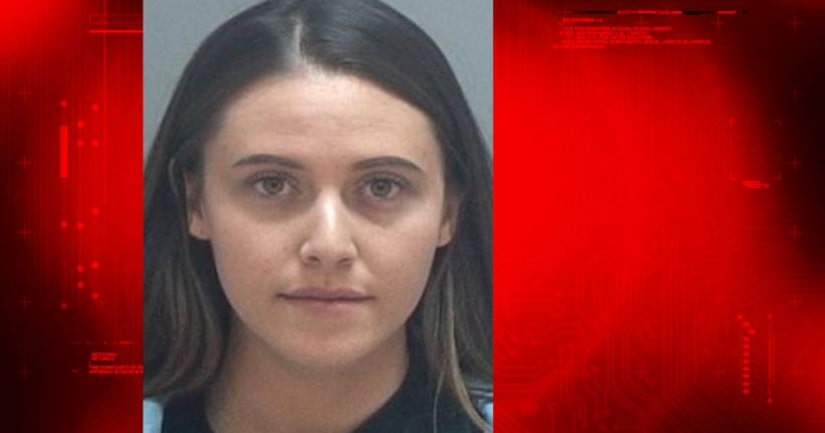 SALT LAKE CITY -- (KSTU) -- A woman is facing several charges after she allegedly threatened some Delta agents at Salt Lake City International Airport and then vandalized a police vehicle after being cited.

According to a statement of probable cause, Danielle Martinez was initially arrested for criminal mischief and disorderly conduct Tuesday.

“She had yanked a phone off a wall and was threatening Delta agents in the D concourse,” the PC statement alleges. “Delta refused allowing her to fly with their airline.”

After that incident, Martinez was arrested, issued a citation and then released.

After her arrest, the woman allegedly commented that she would not pay the citation and didn't care if she got a warrant because she was never going to return to Utah. The woman then crumpled up the citation and threw it on the floor.

About three minutes after she let the station, the woman was seen standing on a patrol vehicle. she told police she was lost and didn't know where to go. An officer pointed her toward the airport, and the woman left.

The officer later noticed that, “one of the Police Cruisers had been keyed with the words 'B—-' in about eight inch high letters on the driver's side front fender.”