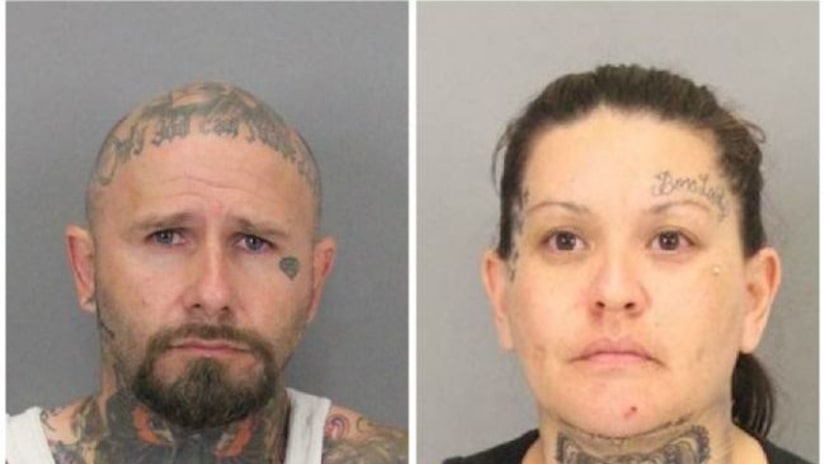 Detectives conducted the probation search on Joseph and Tamara Paigly's home near Pomeroy and Benton Streets, according to the Santa Clara Police Department.

Joseph, Tamara, and two children were inside the house when authorities showed up.

Detectives found multiple bottles of prescription pills, drug paraphernalia, personal identifying information for someone other than the residents, and $4,185 in cash, police said.