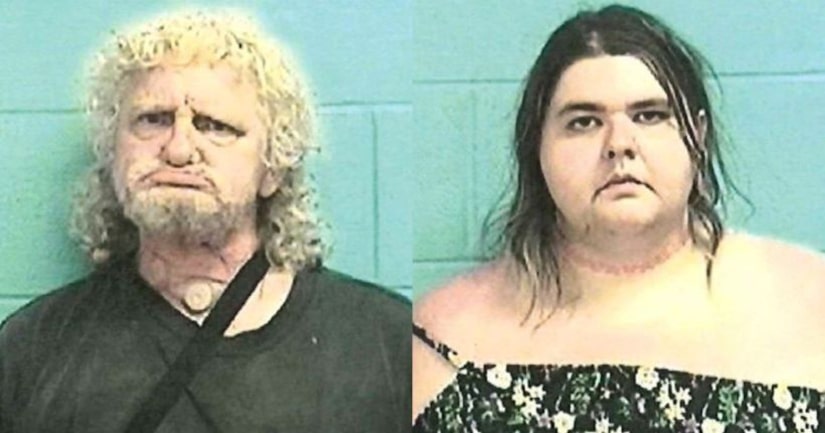 ELYRIA, Ohio -- (WJW) -- A city worker called police on Thursday when he saw a group of children getting into the back of a U-haul truck.

The man told police he spotted the truck at the Speedway on Lorain Boulevard in Elyria and prevented the driver from pulling away. According to the police report, 4 children ages 2-6, a 15-year-old and the female suspect were in the back of the U-Haul.

The city worker told police, “there was no way he was going to let that truck leave with the kids in the back of it.” He stopped the driver from leaving the gas station and held them until officers arrived.

Police said Jamie Adkins was babysitting the kids and her fiance, Brian Dekam, was driving. Adkins has been watching them for about two weeks and they have not seen their mother during that time.

Adkins told police they left Cleveland around 4:30 a.m. Wednesday and drove to a flea market in Amherst. Adkins said they rode in the back of the U-Haul all the way there and were heading back to Cleveland when they stopped at the Speedway for drinks.

The 2-year-old, who was treated at the scene for heat exhaustion, was later flown to Rainbow Babies and Children's Hospital for treatment. The other children were taken to the hospital for observation where the medical staff discovered the children had bed bugs, lice and fleas on them. The 4 younger children are now in the care of Cuyahoga County Children Family Services.

FULL STORY: Toddler taken to hospital after four children discovered in back of U-Haul - WJW