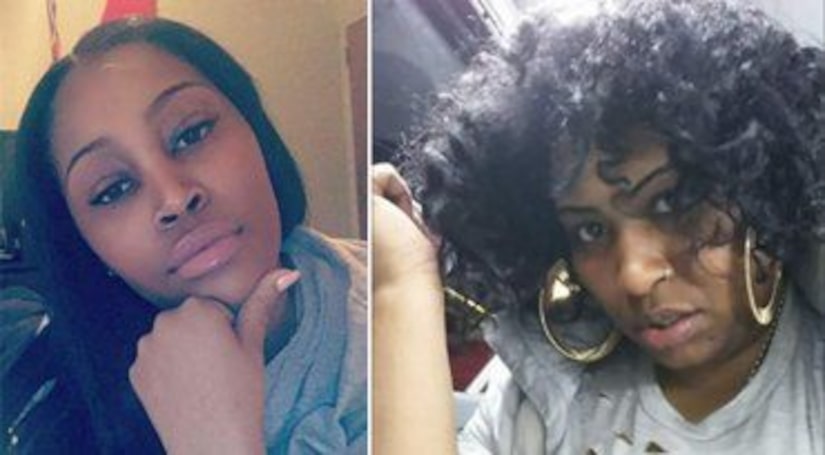 BEDFORD-STUYVESANT, Brooklyn -- (WPIX) -- Police identified on Thursday two men wanted in connection with the killing of two young mothers who were gunned down while at a party in Brooklyn last month.

Investigators are now looking for Anthony Alexander, 18, and Nazir Saunders, 20, in the deaths of Chynna Battle, 21, and Shaqwanda Staley, 29, NYPD Chief of Detectives Robert Boyce said.

“It's not over but we've been hunting these two individuals for the last two days,” Boyce said. “Any community help we can get as to where they are, we would certainly appreciate it.”

Boyce said the shooters, both from nearby Roosevelt Houses, were aiming at someone who was sitting with the women and that the mothers were not the intended targets.

Police said Battle and Staley were among about 20 people hanging out in the courtyard of 740 Gates Ave. in Stuyvesant Gardens on July 12 when a group of men walked in and opened fire.

He said the suspected shooters were seen with two other males, whom police are still trying to identify.

Saunders is suspected of firing six rounds from a .45-caliber gun, while Alexander allegedly fired twice from a .380-caliber weapon, Boyce said.

Friends and family said the women had dreams of raising their children. Battle's 3-year-old daughter was at the party when her mom was killed.

“I hope whoever did this is watching and I want them to read my lips loud and clear: they need to burn in hell,” Battle's stepmother Sandra Burton said after the shooting.