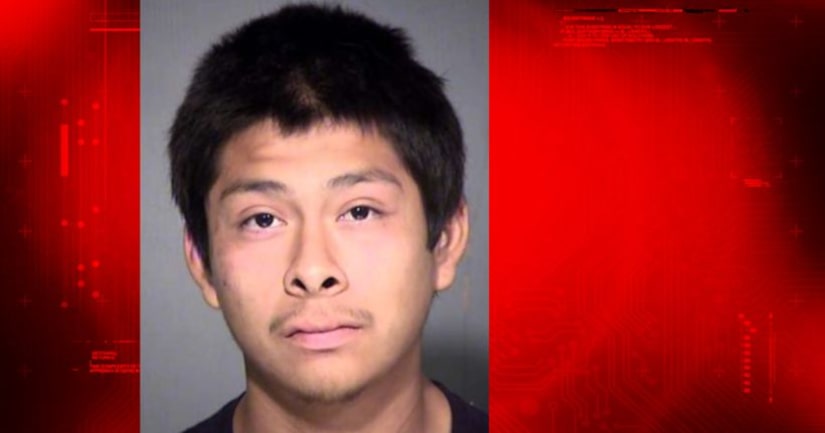 PHOENIX -- (KNXV) -- A Phoenix man high on 'spice' allegedly held a knife to the throat of his four-month-old son.

Phoenix police say that on July 28, Devon Staley, 18, held a kitchen knife to the throat of his four-month-old son and threatened to kill him.

Police say he also punched a neighbor outside his home near 28th and Peoria avenues, who was "getting involved in his family's business."

After his arrest, Staley allegedly admitted to his actions saying he was depressed and high on "spice."FULL STORY: Police: Phoenix man high on 'spice' holds knife to infant's throat - KNXV