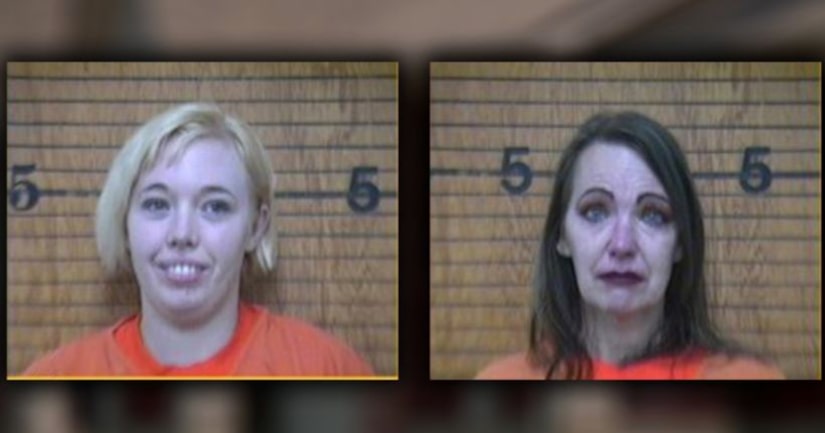 CHICKASHA, Okla. -- (KFOR) -- The mother and the grandmother of three Chickasha children who were missing for nearly three weeks have been arrested.

Destiny Corsaut, 23, and her three, young daughters disappeared just before the Fourth of July.

When David Corsaut, the children's father, went to pick up the girls from his ex-wife, all he found was the door to her apartment ajar, her apartment trashed and her car, wallet and cell phone left behind.

“You're stressed out, you're worried, all you can think about is where are they?” David said. “Every minute feels like an hour.”

Then, nearly three weeks later, he got a call from police they had been found, apparently staying in an Oklahoma City apartment.

“Once we found out, it was almost kind of surreal,” he said.

But, when he saw his girls again, they were almost unrecognizable.

“Their hair was dyed jet black, had been cut, and their eyebrows were jet black even,” David said.

Even their glasses had been painted a different color.

“That was kind of upsetting, which I mean it was the least of our concern at the time but, still, why was their hair jet black?” he said.

Now, a week and a half after the girls and their mother were found, sources close to the investigation say Destiny Corsaut and her mother, 49-year-old Biancia Richardson, are facing charges.

Biancia Richardson is facing charges for conspiracy to commit a felony.

FULL STORY: Mother, grandmother of 3 Chickasha children who were missing for nearly 3 weeks have been arrested - KFOR