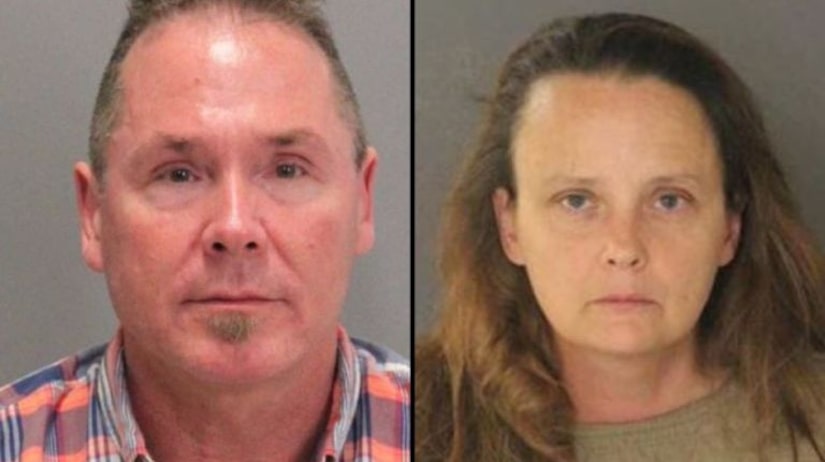 SAN JOSE -- (KRON) -- A man was arrested Monday after a woman saw him texting about alleged child sex crimes on a flight headed to San Jose, according to police.

A woman on a Southwest Airlines flight saw a man, later identified as Michael Kellar, who was sitting in front of her texting with an enlarged font.

When the flight landed, a crew member contacted a San Jose Police Officer working inside the terminal at the San Jose International Airport.

Officers detained Kellar and detectives immediately responded to the scene along with the San Francisco Division of the FBI.

The woman arrested was some sort of child care provider, not the mother, police said in a press conference Thursday.

In the press conference, police hailed the woman who saw the texts as a hero. They said she stopped a “planned event” from happened that invovled a child being sexually abused.

Gail Burnworth was taken into custody at her Tacoma residence by police.

Burnworth was booked into the Pierce County, Washington Jail for felony sexual exploitation of a minor, felony rape of a child and dealing in depictions of a minor engaged in sexually explicit conduct.