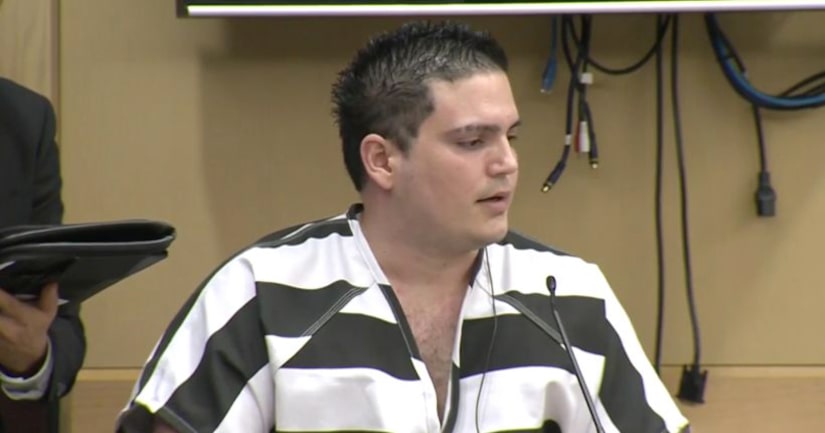 FORT LAUDERDALE, Fla. -- (WKMG) -- A south Florida man who confessed to disemboweling his girlfriend after she screamed her ex-husband's name twice during sex was sentenced to life in prison Thursday in a Fort Lauderdale courtroom.

Fidel Lopez, of Sunrise, pleaded guilty last month to first-degree murder and sexual battery in the September 2015 death of Maria Nemeth. He changed his plea in order to avoid the death penalty.

Broward County Judge Ilona Holmes sentenced Lopez after listening as Nemeth's uncle read a letter on behalf of her family, saying that only God would determine his fate.

Under the terms of the plea agreement, Lopez will not be eligible for parole and cannot appeal the sentence.

Lopez begged Nemeth's family for forgiveness and thanked the judge for sparing him the death penalty. His mother, sister and a cousin also spoke during Thursday's sentencing hearing.

Sunrise police said officers were called to Lopez's apartment after he called 911 to say that his girlfriend was having trouble breathing and was going to die. When officers arrived, they found Nemeth's naked body on the bathroom floor next to a large amount of blood.

[Warning: This article contains graphic details that some readers may find disturbing.]

According to the police report, the closet door had been ripped out and was on the hallway floor, and there were holes in the drywall. Police said the rear sliding-glass door was shattered.

During an interview with detectives, Lopez said that he and Nemeth were drinking tequila inside his apartment when they began to have "rough sex."

Lopez said Nemeth then went into the bathroom to vomit, and he later found her having trouble breathing, so he called 911, the report said.