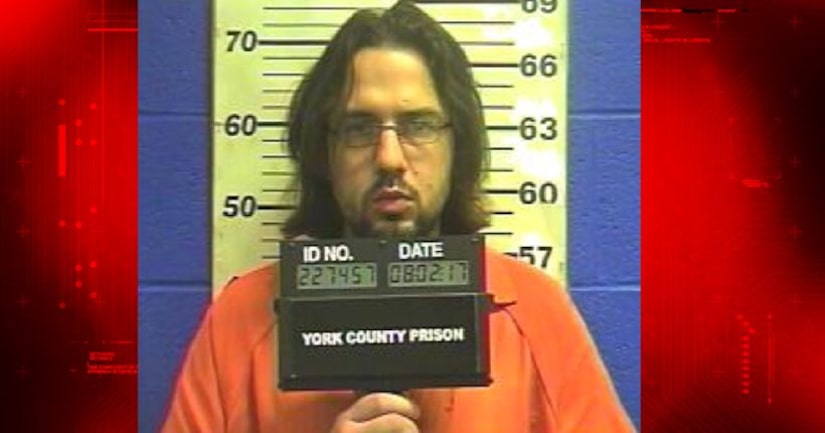 YORK, Pa. -- (WPMT) -- A York man was arrested Tuesday, accused of raping a girl who was nine years old at the time.

The incident happened in the borough of West York in about 2009, the girl, now 16, told police. She came forward recently and accused Daniel Hotz, now 34, and living on the 400 block of Princess Street, of showing her a pornographic film on his laptop and sexually assaulting her while she and a few friends were having a sleepover with a girl who lived at his home.

Hotz told police in an interview last month that he did not sexually assault the girl. He eventually claimed the girl came on to him, and climbed on top of him while he was lying in bed, according to a police criminal complaint.

A voice stress test analysis administered by police revealed Hotz showed deception in his answers when asked whether he had shown the girl pornographic videos or touched her with his penis, the arrest affidavit said.

Hotz is charged with raping a child, indecent assault, and corruption of minors. He is in York County Prison on $250,000 bail, police say.

The girl, who is now 16 years old, told police that Hotz was a friend of her father's, who lived down the street from her at the time. She said she initially did not tell her father about the sexual assault, because he was physically abusing her at the time and “already hated her,” according to police.

The girl told police that she woke up during the sleepover to find everyone gone but Hotz, who took her into his bedroom and showed her a pornographic movie on his computer, which was on a bedside table. The girl told police Hotz began rubbing her chest and thighs and eventually removed her pants and raped her. The girl provided details of the room's interior to police and said she cut herself while leaving the room, leaving a scar on her leg.

The girl said she initially remained quiet about the rape, but eventually came forward. She provided police with the first name of the friend who hosted the sleepover and the woman who was living with Hotz at the time, and police were able to identify Hotz by name. The girl eventually picked him out of a lineup, police say.

When interviewed by police, Hotz initially denied having any contact with the girl, the arrest affidavit states. Eventually he admitted he showed the girl a movie in his bedroom, but denied it was pornographic.

According to police, Hotz “then changed his story and admitted that (the girl) came on to him, and wanted to play boyfriend/girlfriend,” according to the arrest affidavit. Hotz allegedly told police he held the girl by her arms to prevent her from kissing him. “He first said they kissed just once, but changed it to say she attempted to kiss him,” the arrest affidavit states.