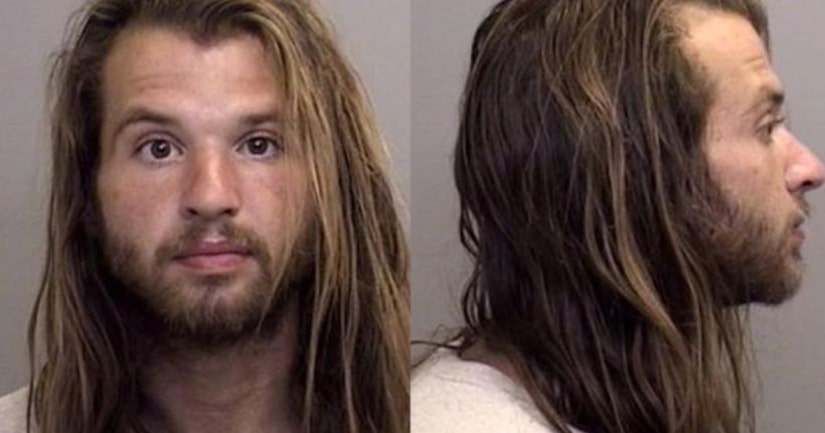 MENDOCINO COUNTY, Calif. -- (KRON) -- A man has been arrested in Willits after his 2-year-old son was found tied to a tree without basic food and water, according to the Mendocino County Sheriff's Office.

Jeffery Wilson, 27, was arrested on July 27 after deputies found the child in an illegal encampment on a property in the 900 block of Highway 20.

Deputies were dispatched to encampment after the property owner reported it and asked for the illegal campers to be removed.

This situation had been reported to the sheriff's office multiple times and deputies had previously warned Wilson to clean up and leave the area on two other dates prior to the arrest.

When deputies arrived, they found a 2-year-old boy with a rope tied around his wrist that was secured to a tree branch in the encampment, deputies said.

The child was also lacking basic food and water, was only clothed in a diaper, and was exposed to numerous hazards within the encampment, according to deputies.