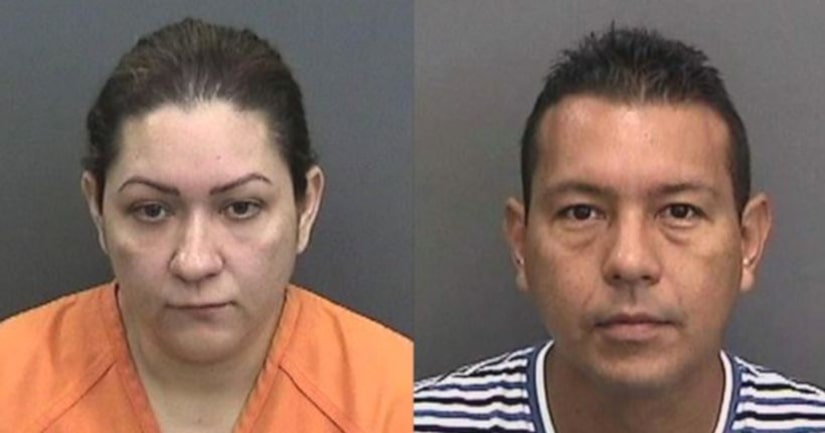 HILLSBOROUGH COUNTY, Fla. -- (KTLA) -- Two unlicensed doctors have been arrested in Hillsborough County after they allegedly performed liposuction on patients at their Florida clinic.

Claudia Orozco, 44 and Marlon Barcelo, 40, both of Tampa, were arrested and charged with four counts of Practicing Medicine Without A License, 4 counts of Aggravated Battery With Great Bodily Harm and four counts of Organized Fraud Less Than 20,000 dollars, WFTS reports.

The Hillsborough County Sheriff's Office along with the Department of Health began an investigation into into Orozco Medical Clinic after deputies received complaints from patients suffering from complications after having surgery at the clinic.

Over one and a half years, the agencies reviewed records and interviewed victims who paid thousands of dollars to receive a form of Tumescent Liposuction.

The patients told deputies they had to seek medical attention at various hospitals around the Tampa Bay Area from complications after the surgeries performed at Orozco Medical Clinic.

During the investigation, deputies discovered that Orozco and Barcelo were not licensed doctors and they were not authorized to perform the procedures on patients.

“I'm in shock,” said Jacqueline Herrada a patient at Orozco Beauty and Spa who went in for weight loss treatment and medication. “I didn't know she didn't have a license.”

Herrada is one of the lucky ones, according to the Hillsborough County Sheriff's Office.

“We have true victims in this case that now are scarred for life,” Major Frank Losat, Hillsborough County Sheriff's Office.

Deputies say four people are permanently disfigured and have severe pain after having liposuction procedures by Orozco.

“When I talk about scarring I don't mean just a small two inch scar. We're talking scarring from your midline all the way to your waist in some cases– extreme discomfort, a lot of pain these victims were in,” said Major Losat.