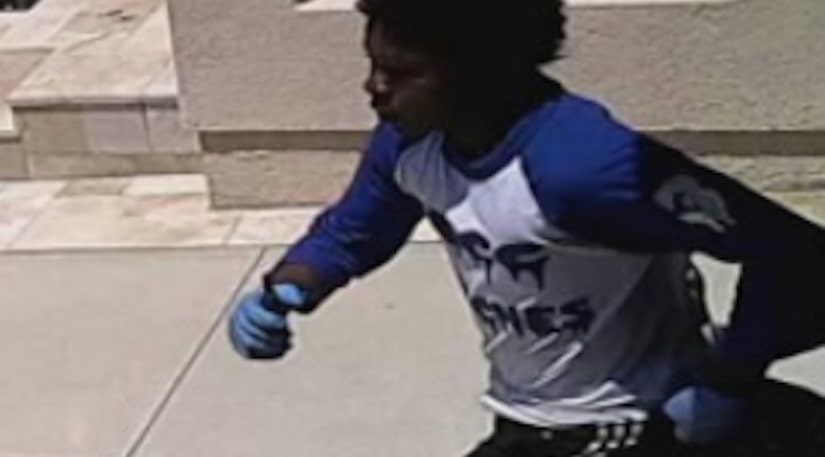 IRVINE, Calif. -- (KTLA) -- Police in Irvine are searching for a man who broke into a home, but was surprised when a babysitter walked inside with a little boy prompting him to flee.

The home burglary was reported Monday between noon and 12:37 p.m. at a home in the 20 block of Royal Grove in the Woodbury neighborhood. When the babysitter returned to the home with a 4-year-old child, she saw the burglar on the staircase which led him to run out through an open garage door, the Irvine Police Department said in a news release.

The burglar was captured on surveillance video inside the home walking through a child's play room. The video also shows the babysitter and the child walking inside the house, then running out once they noticed the man inside.