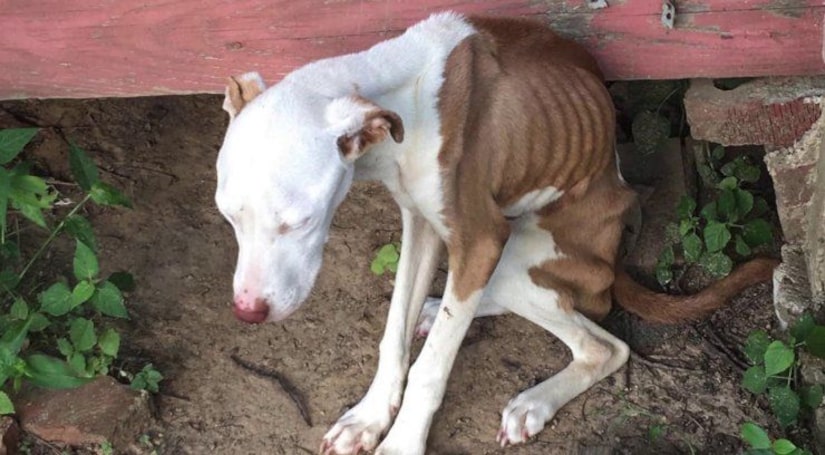 MEMPHIS -- (KTLA) -- A man faces felony animal cruelty charges after allegedly leaving his dog in the backyard of a Memphis, Tennessee, home for months without any food.

The canine, named Nino, defied the odds and survived; he is now being cared for by Memphis Animal Services, where he gets food every two hours as veterinarians try and help him regain his strength, KTLA sister station WREG in Memphis reported Tuesday.

Nino was found in dire circumstances a few weeks ago after officials received a call about a dog left in a backyard, according to the station.

It appeared he had been left there for three months without any food.

"Nino has zero evidence of fat on his body. Nino is a skeleton with skin on him. Nino is lucky to be alive today. When you talk about the worst level of starvation, that's what we're talking about with Nino," Alexis Pugh, the director of Memphis Animal Services, told WREG.

Although experts aren't entirely sure how the dog survived, they said he might have stayed alive by eating dead animals or his own feces.

The owner, 27-year-old Kellen Jones, has been arrested and faces animal cruelty charges, the station reported.

FULL STORY: Dog survives after being left in Memphis backyard for 3 months without any food; owner arrested - KTLA