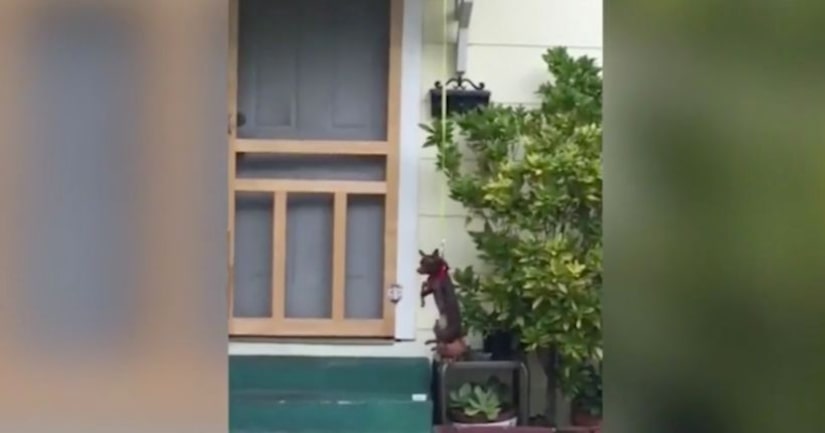 WINTER GARDEN, Fla. -- (WKMG) -- Orange County Animal Services has filed a lawsuit against a Winter Garden dog owner after the animal was seen hanging by a leash.

"If he's hanging from right here, OK, and I sit right here, he can hang right here on my lap and I can hold him," dog owner Brian Flowers said Monday.

Earlier this month, a neighbor walking by took a video of a 9-month-old chihuahua dangling from the roof of a house on a leash.

Flowers said his dog likes it -- and that nothing is hurting the dog, which is in a harness.

"(It's) not the way that it's designed,” Flowers said. “There's no way that's hurting him. He's a little dog. He's probably like, a pound. It's not that I was being abusive to my animal at all.”

Flowers said he hooked the leash to a nail in the roof and only started doing this after a neighbor's dog attacked his, he said.

"After that attack, I had to keep him on a leash,” Flowers said. “He just can't run in his own yard, because they'll come across and try (to) attack him like they did. I only left him probably for like, so many seconds and I came back out."

The lawsuit against Flowers alleges that he neglected the animal and treated it with cruelty, and said Flowers is unfit to provide for the dog.

Doctors said the dog had swelling on its neck but was expected to be OK.

"They don't know the full extent of what happened, so they can say whatever,” Flowers said. “I understand how it looks from the street."