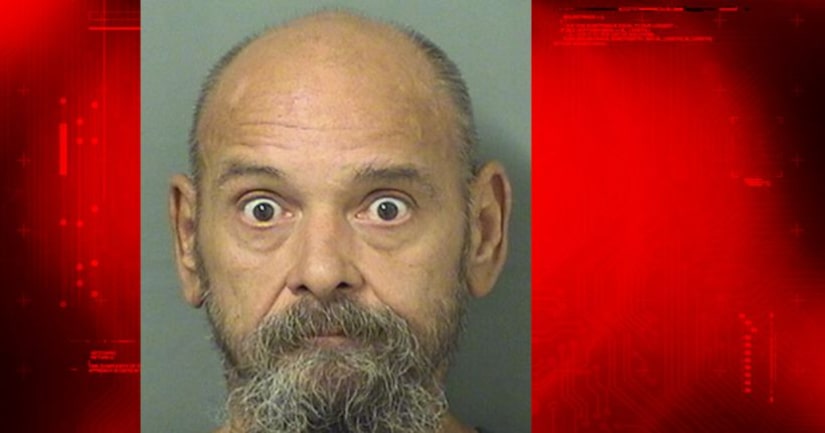 GREENACRES, Fla. -- (WKMG) -- A South Florida man was arrested on aggravated assault charges after he armed himself with a machete and a baseball bat during a dispute with his son about a hedgehog, authorities said.

Homer Stacy II, 53, was walking outside his Greenacres home Sunday, pushing a wheelchair with a baseball bat and a machete on the seat when deputies arrived, according to a Palm Beach County Sheriff's Office report.

When deputies asked Stacy why he had the items, Stacy said they were "for his protection," the report said.

Stacy claimed that he had just walked over to tell his son to come and get his hedgehog that he left at Stacy's home, and that's when his son pushed him, the report said.

As deputies were questioning Stacy, he "went back and forth between being cooperative to belligerent," the report said.

When deputies spoke to Stacy's son, he told them that Stacy had been drinking heavily and instructed him to "go and hurt" a woman, but he refused. Stacy's son said he was leaving to go see his mother when Stacy started yelling at him and stabbing a door with a knife.