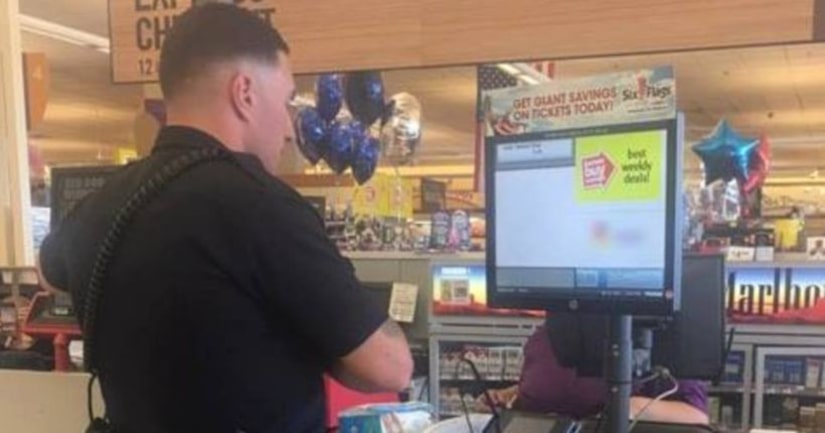 LAUREL, Md. -- (WBFF) -- A police officer's actions are earning him a lot of attention across the country.

The Laurel Police Department in Maryland shared the story on the department's Facebook page. Officers were recently called to a local grocery store after it was reported that someone had been caught shoplifting. When Office Johns arrived on the scene, he learned the suspect was a young mother who was at the store with her son. She'd been caught on security cameras trying to steal two packs of diapers, police say.

Police say the mother had already bought some groceries but didn't have enough money to cover the diapers. Officer Johns decided to buy the diapers for the woman with money from his own pocket. The child's mother, however, was still cited for theft. The department wrote on its Facebook page, "Though it's but a snapshot of some of the work your officers are doing daily, we still wanted to take a moment to thank Officer Johns for not just fairly enforcing the law, but also showing empathy to an innocent child put in a difficult situation."