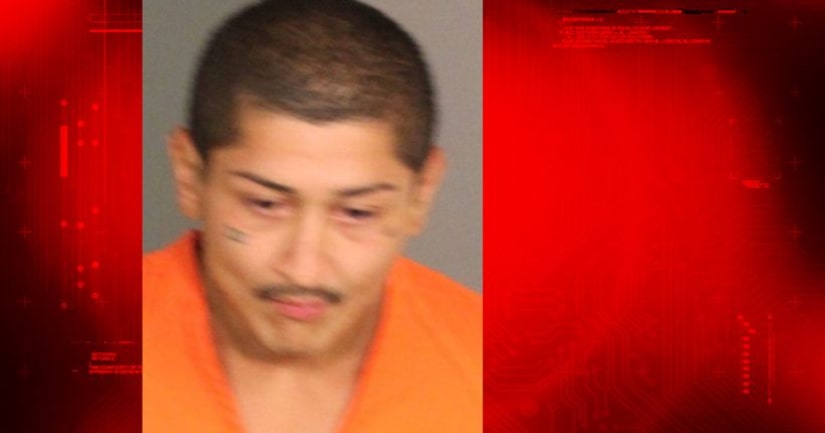 RIVERSIDE, Calif. -- (KTLA) -- A 23-year-old man was arrested after allegedly breaking into a Riverside home, stealing multiple items and killing a puppy with a machete, Riverside authorities announced on Monday.

Riverside officers were called to a home in the 10300 block of Wagner Way around 2:30 p.m. on Sunday after receiving reports of a possible vehicular burglary in progress.

Armando Medina, a transient, allegedly kicked open the back door of the home, entered the property and began stealing numerous items prior to authorities' arrival, the Riverside Police Department stated in a press release.

Medina then ran to the backyard where he allegedly killed the puppy with a machete and attempted to flee in the resident's vehicle, police said.

The victims surrounded Medina on the street and captured him before he was able to steal the vehicle, according to police.

Officers arrived on the scene a short time later and took Medina into custody after a struggle.

Authorities from the Riverside County Department of Animal Services responded and took possession of the deceased puppy, police added.

The dog was an 8-month-old Siberian husky, according to John Welsh, a spokesman for Riverside County Department of Animal Services.