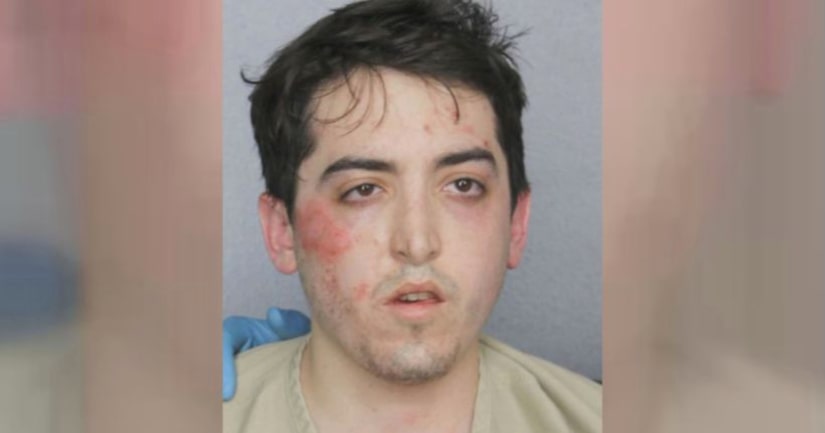 FORT LAUDERDALE, Fla. -- (KRON) -- Authorities in Florida say they arrested a man who robbed a bank, stripped naked and ran down the street throwing stolen money — a spectacle that he somehow thought would jump-start his career as a comedian.

Instead, the FBI says 25-year-old Alexander Sperber is charged with bank robbery.

A federal complaint says the man told authorities he parked his car at the bank, made a gun motion with his hand and demanded money from the teller, who gave him about $4,700 in a bag. Officials say a red dye pack exploded, staining his clothes and a cast on his left wrist.

The Sun Sentinel reports Sperber was taken to a hospital and found to be coherent and uninjured.