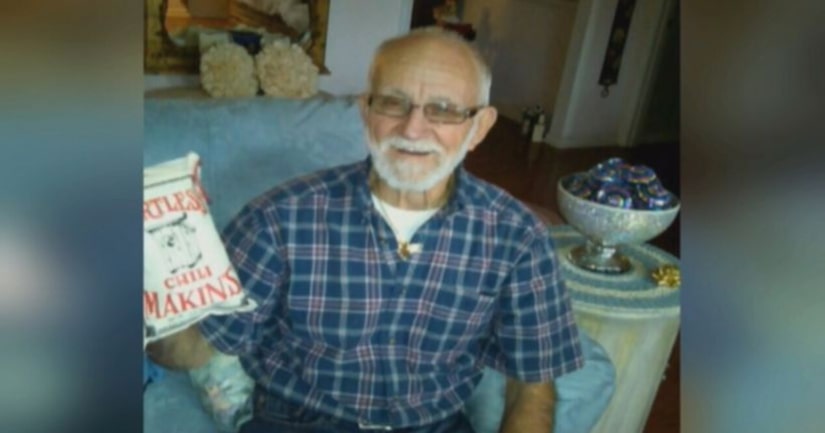 JACKSONVILLE, Fla. -- (WJXT) -- A military veteran who had his throat slashed in a robbery in April died Wednesday, his daughter told News4Jax.

Melvin Clark, 86, was found lying on Maxville Macclenny Highway by a good Samaritan, who called for help and stayed with Clark until he was airlifted to a hospital.

Clark progressed slowly and was able to whisper after the attack, but never fully recovered from his injuries.

Two men and a woman have been charged with attempted murder, kidnapping and robbery in the attack. All three have pleaded not guilty and are being held without bond.

It's possible those charges will be upgraded now that Clark has died.

Douglas Cercy, 34, Jennifer Schulte, 37, and Ray Jones, 21, were caught at a Boca Raton bus station after tips and the discovery of Clark's stolen SUV led investigators to South Florida.

According to the arrest warrants for the three, Schulte somehow got Clark's phone number and called him from the Hospitality Inn on 103rd Street on the Westside. Clark drove there, and that's where he was kidnapped, police said.

Clark was forced to drive to an ATM at Country Federal Credit Union on Lima Street to withdraw money. The warrant says Cercy had a fake gun pointed at Clark.

JSO obtained surveillance video from the ATM, and investigators were able to identify Schulte from it.

An hour later, Clark was found on a road in the Maxville area with his throat cut.