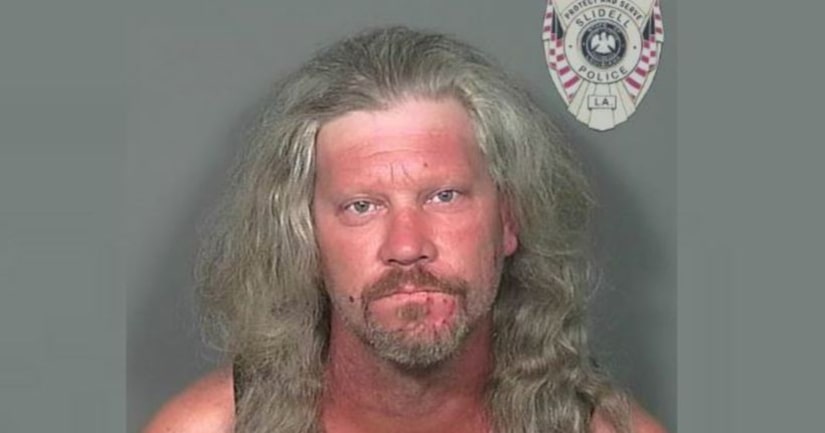 According to Slidell Police, officers responded to a call about a man who was acting “bizarre” at Kangaroo Express gas station on Airport Road.

A woman called 911 and told officers that she was standing in line with her two children waiting to check out.

While waiting in line, a man, 41-year-old Samuel Cole, reportedly licked his lips at her 6-year-old son, knelt down, and ran his finger down the boy's nose and across his lips.

The woman grabbed her children, ran out of the store, and called 911.

The woman did not know what Cole's intentions were, but feared the worst, police said.

According to witnesses, Cole allegedly continued his strange behavior as he was “making people uncomfortable by staring at them” while he stood at the front door of the gas station.

Slidell Police officers saw Cole leaving the gas station in a vehicle and stopped him.

Cole, who was a passenger in the vehicle, admitted to officers that he touched the boy on the nose, but denied the other allegations.

Even while interacting with officers, Cole was still acting erratically and strange. The mother of the 6-year-old boy decided to pursue charges against Cole for simple battery for the unwanted touching of her son.

A version of this story went viral on social media, but alleged that the incident was an attempted kidnapping involving multiple people and different vehicles.