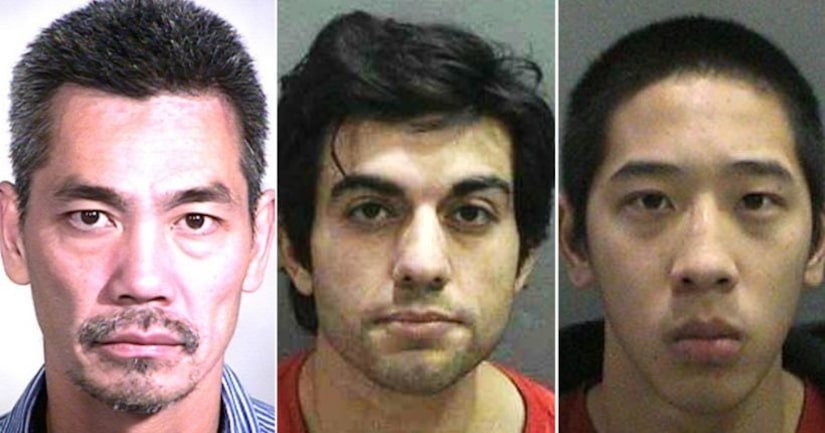 The approximately 15-minute-long video was released by an attorney for Adam Hossein Nayeri, one of the escaped inmates. In addition to showing how he and two other inmates -- Jonathan Tieu and Bac Duong -- were able to break out of the jail, the footage also detailed what the three men did while on the run for more than a week.

The video began with a montage of a press conference by Orange County Sheriff Sandra Hutchens, followed by various news reports of the jail escape; included in the footage was information provided by the Sheriff's Department on how the trio managed to get out.

It then cut to a screen with block letter imposed over a background that read, “So … What really happened?" After, a man who identified him as Nayeri speaks.

"My name is Adam Hossein Nayeri," he said in voiceover. "You know, a lot of people like to credit us with some Houdini escape act all in eight minutes flat."

According to the Sheriff's Department, the three broke out of the Men's Central Jail on Jan. 22, 2016, after hatching an elaborate escape plan over a period of weeks and possibly months.

They used tools to cut through metal and rebar, climbed into a plumbing tunnel, and rappelled down the side of the facility with a makeshift rope, officials said at the time.