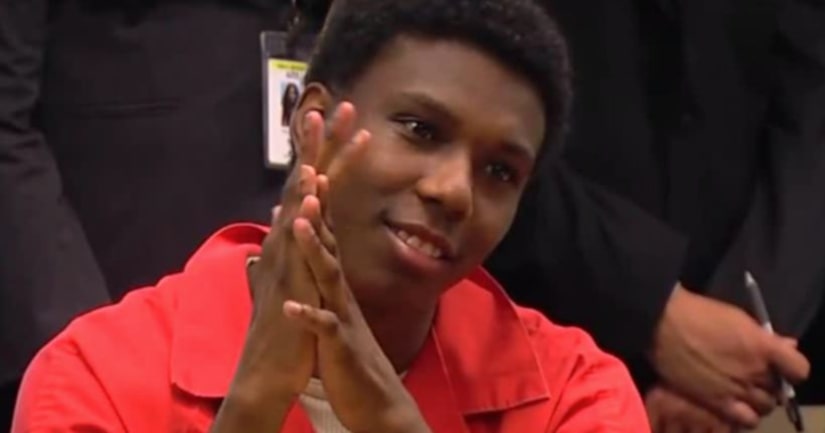 MICHIGAN --(WXYZ) -- It was a shocking scene in a Washtenaw County courtroom.

"I've lost my only child, my son, my baby, my friend. More than that, I lost laughter and love. I no longer have the hope of having grandchildren," a family member read in court on behalf of the victim's grieving mother.

Afterward, the defendant, 17-year-old Danta Wright, addressed the court saying: "I just want to tell y'all I'll be home soon…I love my family.”

Wright's attitude didn't sit well with the judge, who asked the prosecutors if the sentencing agreement was too lenient.

"Watching you sit there, smile, laugh, shake your head like this was no big deal— I'm very tempted to just say, 'I'm not going to accept this sentencing agreement and we'll go to trial' and if you're convicted of felony murder, you'll go to prison for the rest of your life. That means you'll die there. That's what I'm tempted to do,” said 22nd Circuit Court Judge David Swartz.

During a brief recess, the family reportedly asked that the case not go to trial, because they wanted to move forward.

Wright's lawyer apologized on behalf of the teen after the break, saying he suffers from emotional issues and that some people "display fear by smiling."

Wright was sentenced to 23-50 years in prison for Klee's murder.

Back at a hearing in June, Wright admitted that he and two other friends were trying to rob 18-year-old Jordan Klee when he shot and killed him last October.