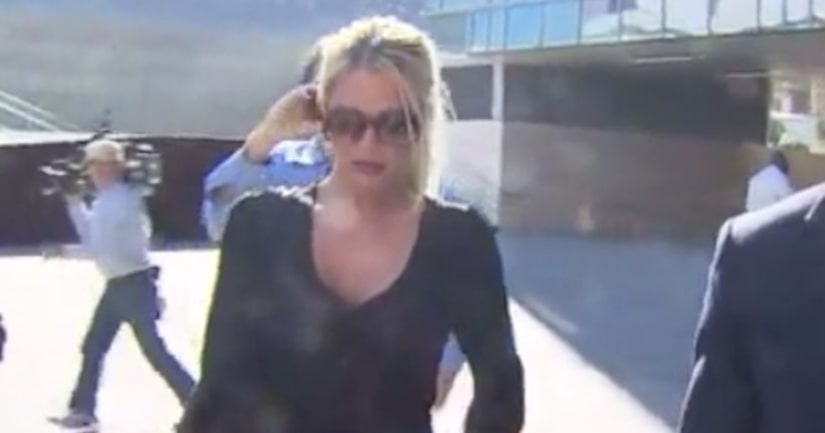 SAN DIEGO, Calif. -- (KSWB) -- The woman who accused Bill Cosby of sexually assaulting her in 2008 at the Playboy Mansion was arrested in San Diego County, according to jail records.

Chloe Goins, 27, was in the parking lot of George F. Bailey Detention Center in Otay Mesa when she was approached by a deputy regarding an unspecified vehicle violation around 10:45 p.m., according to San Diego County Sheriff's spokesman Ryan Keim. Heroin was found in the vehicle Goins was driving and she was arrested, he said.

There was no indication Goins brought anything illegal into the jail, according to Keim.

Goins was booked in Las Colinas Detention Center in Santee early Monday morning, according to the San Diego County Sheriff's jail record. She faces two felony charges of possession of a controlled substance in prison and bringing alcohol or drugs in prison.