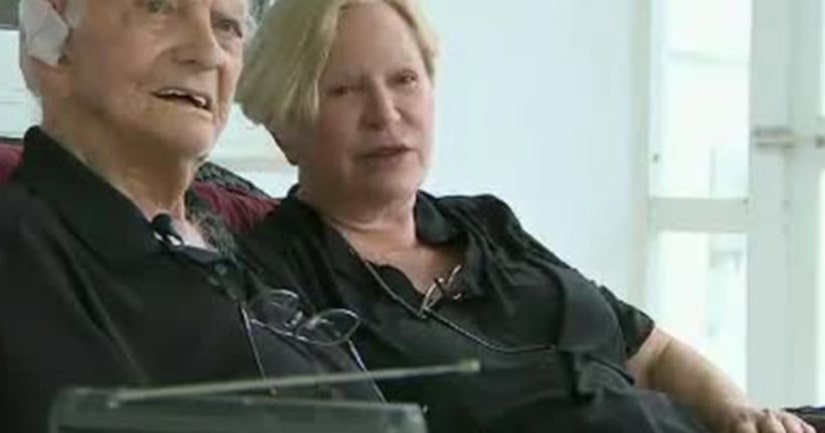 BROWARD COUNTY, Fla. -- (WPTV) -- A neighbor's request for a cup of salt turned into a hostage situation Friday.

Louis and Irene Rosen said that they welcomed their neighbor's son, Leonard Benitez, inside their Tamarac home when he asked to borrow salt.

Benitez then threatened them with a gun and knife and asked for $50,000 and their banking information.

Irene, who is much more mobile, was able to run out of the house to get help. But Louis was still inside.

"That was the only time I was frantic. I was all the way down the block and I was worried about him," Irene said as she pointed to her husband.

At some point, Louis was pistol-whipped. He now has staples in his head where he was struck.

Benitez ran off and a SWAT team was able to take him into custody.