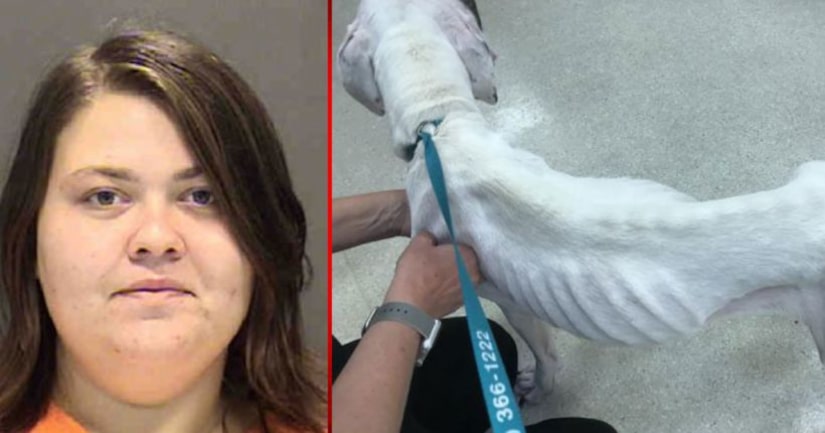 BRADENTON, Fla. -- (WBBH) -- A Bradenton woman was charged with animal cruelty after her malnourished dog was found at a gas station.

Deputies were able to use the dog's microchip to connect "Adria" to her owner, Brittany Osborne.

Osborne told deputies 4-year-old Adria had been lost for more than a month after running out of the house. She told them she couldn't take the dog back because she had since gotten another dog, and Adria didn't get along with other dogs.

But as the investigation unfolded, deputies discovered the woman who claimed to find the dog didn't find it but instead was a friend of Osborne's and told her she would help her "get rid of the dog because it was thin and needed help."

Osborne later changed her story, saying Adria didn't run away, but she had asked her friend to take it to Animal Services as a stray because she couldn't afford vet care.

Deputies said it was also found that Adria had been living in unsanitary conditions.

Osborne has been charged with animal cruelty and confining an animal without food or water.