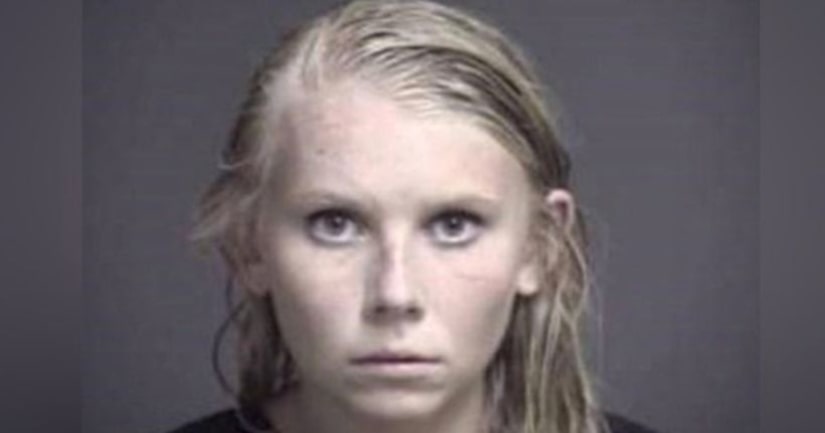 CARLISLE, Ohio -- (WXIX) -- Authorities have arrested an 18-year-old woman after human remains, possibly of a stillborn infant, were found in the backyard of a Warren County home.

Brooke “Skylar” Richardson is charged with one count of reckless homicide.

Remains discovered July 14 appeared to have been buried in a shallow grave for 10 to 12 weeks, according to Warren County Detective Lieutenant Jon Faine.

Investigators returned to the Eagle Ridge Drive home nearly a week later to collect samples in and around a fire pit in Richardson's yard.

"We have learned more and that's why we're back out here, but we still have not learned everything we need to know. We're still, of course, trying to determine if it's a live birth or stillborn," Doyle Burke, Chief Investigator of the Warren County Coroner's Office, said.

A warrant filed Thursday in Franklin Municipal Court claims Richardson did “recklessly cause the death of another or the unlawful termination of another's pregnancy” around May 7.

Richardson just graduated high school and plans to attend the University of Cincinnati, according to her attorney, Charlie Rittgers.

“She didn't drink, she wasn't a partier or a smoker. By all measures a very good girl,” Rittgers said after Richardson appeared in court Friday. She was a high school cheerleader who worked at the YMCA with children with special needs, Rittgers said.