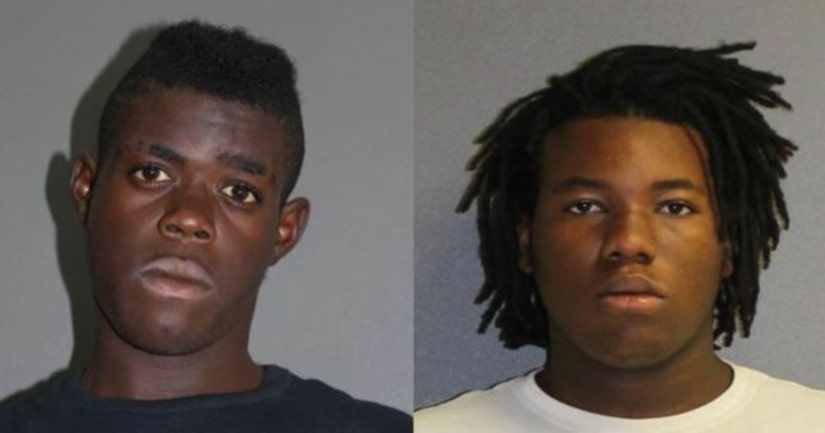 DeLAND, Fla. -- (WKMG) -- A 93-year-old woman was dragged during a carjacking Thursday morning outside a church in DeLand, police said.

DeLand police said Darius Matthews, 20, and David Leo Perkins III, 21, of Daytona Beach, were arrested in the carjacking, which was reported around 8:15 a.m. at St. Peter's Catholic Church before morning mass.

DeLand police Chief Jason D. Umberger said the woman was walking to her vehicle when a man snatched her car keys from her hand, and then he and another man got into her vehicle.

The victim tried to reach into the car to stop the men, but she ended up being dragged about 20 feet before falling to the ground as the men stole her tan four-door Chrysler, authorities said.

The woman was injured, but she was not taken to a hospital, police said. Umberger described the woman as resilient, articulate and cooperative.

“She sustained some minor injuries -- cuts and scrapes and bruises. Thankfully, she wasn't seriously injured, but she did sustain a couple injuries," Umberger said.