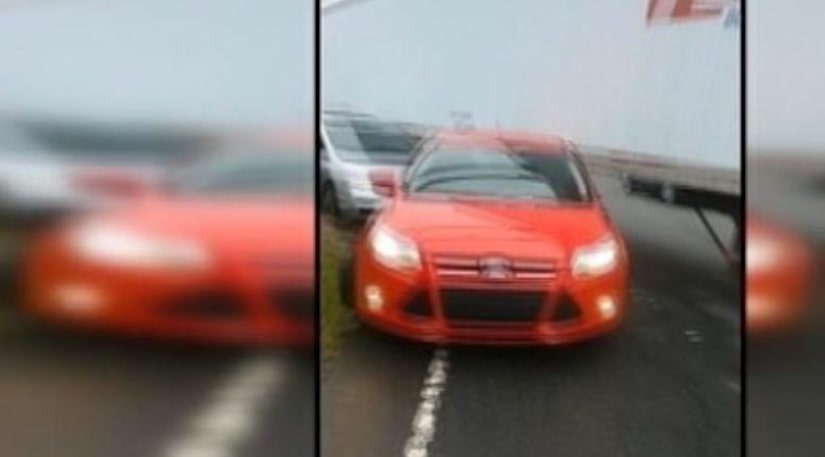 CHARLOTTE, N.C. -- (WSOC) -- Channel 9 obtained video from a hit-and-run victim that showed his car being crushed by man accused stealing a tractor-trailer and taking a joy ride through three local counties.

Stowe said at one point he thought it was going to crush the driver's side of the car with him still at the wheel.

“My nerves were shot,” Stowe said. “This was an ordeal. This was not just a fender bender. Literally at the time I thought I was going to be pulled under the 18-wheeler.”

Stowe showed Eyewitness News reporter Ken Lemon how the big rig crashed into the driver's side of his car and ripped into the door.