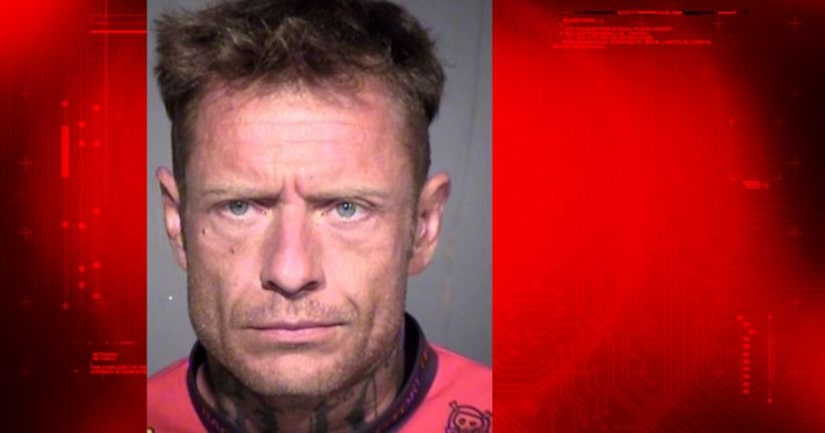 TEMPE, Ariz. -- (KNXV) -- A Tempe man is accused of stalking his ex-girlfriend and confronting her with an ice pick, before being rebuffed when she pulls a handgun.

Tempe police report that on July 9, Eric Shane Tomlinson was arrested for stalking his ex-girlfriend.

Police say the day before, the 39-year-old broke his ex-girlfriend's car window and slashed her tires while it was parked at a hotel near Scottsdale Road and McKellips Drive.

Tomlinson also allegedly sent her threatening text messages saying he would kill her dog and "suffocate her with it."

On the morning of July 8, the victim was changing her flat tire when Tomlinson allegedly appeared and yelled, "Surprise attack," and lunged at her with the ice pick.

As the woman fell back, Tomlinson reportedly grabbed a drill and pointed it at her. The woman then drew her handgun and yelled back at him, "It's not like I can't get a gun."