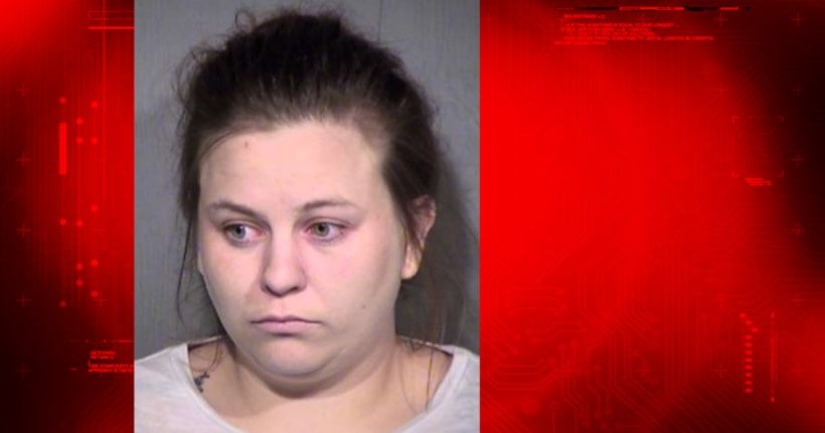 Glendale police report that on July 15 they were called to Phoenix Children's Hospital where they discovered two children ages two and four were found to have illegal drugs in their systems. The 2-year-old had amphetamine in his system while his sister had both amphetamine and ecstasy in hers.

The children were brought to the hospital by their father after displaying erratic behavior.

Police say that their mother, 28-year-old Kathleen Danielle Sumter, left home a few days prior and was staying at a hotel near 25th and Peoria avenues. She reportedly was using methamphetamines with friends who came over to the hotel.

Sumter planned on checking herself in for help and contacted her husband to bring the children over so she could say goodbye. She reportedly told police that she thought she cleaned the room thoroughly. When police contacted her at the hotel, she allegedly told them that the other two older children might have also been exposed to drugs. It was later confirmed by hospital personnel, that drugs were in their systems as well.