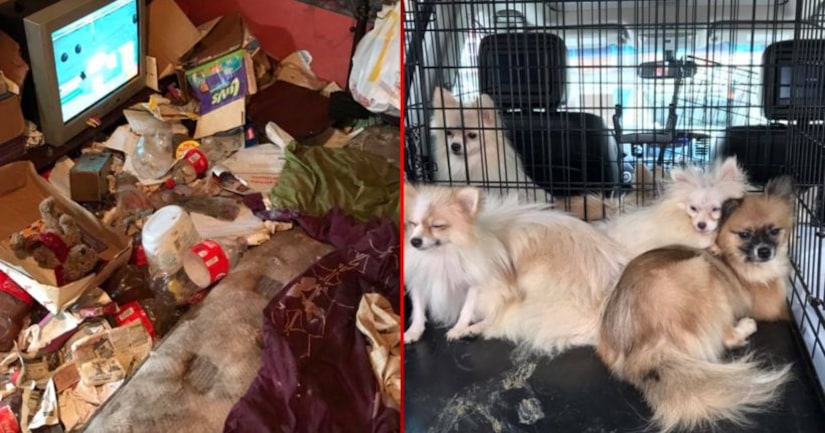 LEBANON COUNTY, Pa. -- (WPMT) -- A child, 27 Pomeranian dogs and an African Grey Parrot were rescued from a home in deplorable condition on Monday.

According to a Facebook post from Pawsitively Pom Rescue, a woman who was being evicted due to a foreclosure contacted the group with 10-15 dogs to surrender.

However, with each contact with the woman, the number of dogs grew and she had an excuse for every time the group attempted to rescued the animals.

On Monday morning, the group arrived at the duplex home, but no one would answer the door. The group reported that you could smell a stench through the front door, and neighbors had told them there was a child inside the home and the dogs were never let out.

The group came back with a Palmyra Borough police officer, who contacted CYS and EMTs to evaluate the child. The Lebanon Daily News reported that the child is a 6-year-old boy, but the condition of the child is unknown.

Once in the home, they had to climb over stacks of urine-filled soda bottles, floors covered in feces, and 4-foot deep garbage.

In total, 27 Pomeranians and mixes and one African Grey Parrot were rescued.

Eve's Elegant Dog Grooming is credited will helping groom all 27 dogs, who also received flea and worm medicine before nightfall.